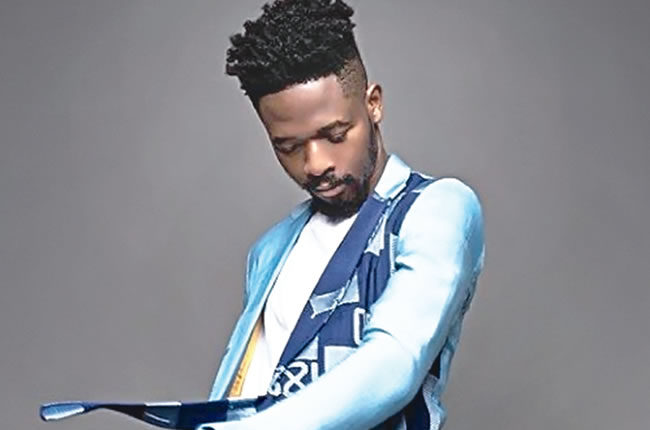 Mavins Record act, John Ighodaro, fondly called Johnny Drille, is a popular name in the Nigerian music industry who became famous with making covers to popular songs . The award-winning alternative singer, in this dialogue with ADEOLA OTEMADE, relates the impact of his parents on his career, motivations and life outside music, among other issues.

You are into soul music, which to some extent in Nigeria is less appreciated compared to street music and club bangers. Why did you choose the alternative path?

I guess it’s just the desire to be different from what was mostly common at a time, and just to stand out, I figured out that Afrobeats is the big sound in Nigeria and Africa, but for me I wanted to stand out. I wanted people to recognise my music distinctively and mention Johnny Drille for being unique and special. It’s one of the reasons that I embraced soul music.

Would you say your personality has influenced your music in a way?

For every musician, there is always a piece of the artist in the music or in the art. For me, a lot of my music is the reflection of who I am personally. Of course, some of my songs are not only on how I feel but also a reflection of other people’s experiences. A lot of the songs I write and put out are inspired by true life experiences. At the same time, there are songs based on other people’s experiences like my ‘Our love” and my latest ‘Something better’. It’s just interesting to be able to tell stories from different perspectives even ones that are personal and the not so personal ones.

Your journey into the world of music dates as far back as 2013. How would you say you have evolved since then?

Lots of things have changed between then and now. My first time attempt at music professionally was when I went for project fame in 2013. But before then, I had been putting out songs. Most of them were unnoticed though because the songs were posted mainly on my Facebook page. And the only people that knew about my talent and the songs were mostly my friends, people in my circle and in my city. That was one of the reasons that I decided to go for Project Fame in 2013. That introduced me to a large audience and I started to build from there, despite that I didn’t win.  So, a lot has changed since 2013. I have grown as a musician, as a performer, and as a person. I have come to understand how the music system works in Nigeria and how to navigate the whole system. There is that need for growth for every artiste because you can’t keep being the same over the years. Most of our artistes who have become legends have longevity. For example: 2baba, Sound Sultan, Davido Wizkid, Sound Sultan and all..

With your personality and the kind of music you have been doing, is there any chance that you could go into street-hop music?

I think every music has its place in the industry. There is a place for dancehall music. There is a place for soul music. There is a place for hip hop, R&B, for folk and alternative music. However, the reality is that one artiste cannot be everything. It is impossible for you to be into all the genres. Although there is the place for fusion, mixing two sounds together to create something beautiful, collaboration and all, there is never a situation where an artiste does everything. You have to be known for something, either for hip-hop or Afrobeats. There is always going to be fusion. I am collaborating a lot more lately, and I am still going to collaborate more in the future. But I can assure you, street music is not my thing, only R&B, folk, alternative music.

Do you mind revealing your musical projects and collaboration to your fans?

Unfortunately, I can’t go into specifics right now, especially before the projects are ready. It would just kill the whole anticipation and vibes.

How do you handle challenges?

For me, my faith in God and family plays a huge role in my life and how I have lived my life. I am from a Christian home, and God has always been the foundation for me. I see life through God’s eye and through His words. My dad is a pastor, my mum is a pastor, and growing up with them made me realize that you can’t fulfill purpose without God. He designed me and gave me the gift I possess and He decides how he wants me to use it. I was brought up to depend solely on God for direction. So in times of challenges, I go to God to see me through. I won’t say that I have not encountered difficult times in life but with my faith in God, He has been coming through for me.

How did your parents feel when they knew that you were going into secular music and not into gospel music?

Many pastor parents, especially when they don’t know where you are headed, become skeptical. Their opinion of secular music was the immoralities and extravagant lifestyles of the artistes, baby mamas and the like. So, they were concerned. Although they had this concern at some point in time, when they saw what my music was all about, they understood where my music was going. I was all about clean music, pure music, love and all.

It’s generally believed that Nigerian music videos contain explicit contents. Do you think the industry can do without the trend of these kinds of visuals?

The thing is people make music and contents for demand. They know what most people want and what the audience is looking for. The reality is that nudity sells. Unfortunately, it sells faster than conservatives stuffs. The world is not as conservative as it used to be. Everyone is now becoming more vulgar, more explicit than it used to be before. Realistically speaking, I don’t know how it’s going to be achieved, unless people began share less explicit content. As for me, I am all about pure music, great music, zero immorality, and that’s what I stand for.

What other plans do you have aside music?

With COVID-19 instigating the virtual trend, do you see the Nigerian music industry embracing that path?

I think so. Everyone is trying to figure out a way to work around the pandemic. For safety, I hear people are starting to have drive-in concert, drive-in cinemas, you stay in your car and experience a show or movie. And now, we have lot of entertaining contents on Instagram and live streaming on YouTube. I believe it’s going to become a thing because one cannot say when coronavirus would come to an end, especially in Nigeria. So, people are looking for ways to adjust to the new life of social distancing and also finding means to work around it. And it’s not just for the artistes, because fans would not also want to attend a concert, a movie show because of their safety. So, for obvious reasons, the music industry going virtual is very possible.

On the foreign scene, who is your muse musically?

Well, I am inspired by lots of artistes, mostly by John Bellion, Maroon Five and lots of others. I would particularly like to work with John Bellion.

When you are not doing music, what do you indulge in?

If I am not doing music, I watch movies, play video games or hang out with friends. I am a movie freak, I love movies a lot, and lately I have been seeing a lot of horror movies.