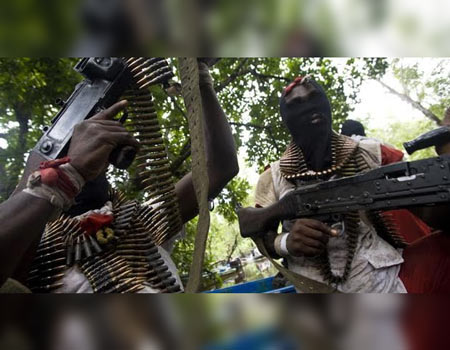 The driver of the Sienna Toyota bus heading to Abuja from Lagos was stopped by the gunmen suspected to be Fulani herdsmen in Isua Akoko in Akoko Northeast Local Government Area of Ondo state.

The gunmen were said to have ordered all the nine passengers out of the vehicle and marched them into the bush.

It was however gathered that the gunmen have started contacting the families of the victims, negotiating a ransom with them.

A family member of one of the victims, Bamidele Ojo, confirmed that the kidnappers have demanded N100m ransom for the release of the victim.

Confirming the development, the Ondo Police spokesman, Mr Tee-Leo Ikoro, said one of the nine victims has been rescued.

Ikoro however, said men of the police from the command have been making efforts to ensure the release of other victims.

Ikoro said the police were working with hunters, local vigilante and other agencies to secure the release of all the victims.