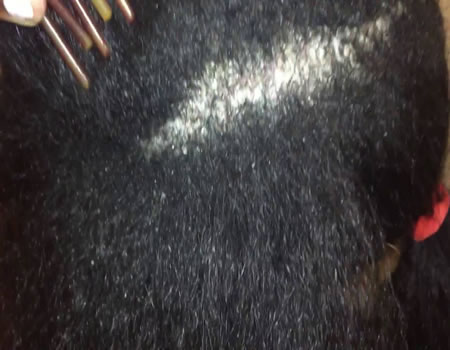 My 10-year-old daughter has been having dandruff since she was a child. I have tried all kinds of treatments to solve the problem to no avail. Kindly let me know what else to do.
Mama Tee(SMS)

Dandruff is a condition of the scalp that causes flakes of skin to appear. It is often accompanied by itching. Although the exact causes of dandruff are unknown, heredity, allergy as well as hormonal activities have been identified as causative factors. It is not related to poor hygiene, but it may be more visible if a person does not wash or brush their hair often. For your daughter, it is also advisable to shampoo her hair more often. If she has oily hair and scalp, washing daily can help, while a little exposure to sunlight can be helpful. In some cases, underlying skin infections may worsen dandruff. Therefore, your daughter will definitely benefit from a visit to a doctor who may send some scrapings of the dandruff and skin to the laboratory for proper examination and appropriate treatment.

Can covid-19 spread via banknotes