Latest News
By Ishola Michael-Bauchi On May 7, 2020 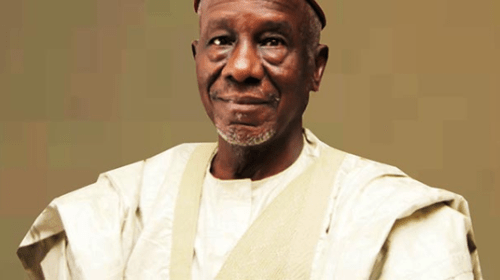 Twenty-seven years after he made history by annulling the 1993 presidential election in what has now become popularly refer to as ‘June 12’, the judge, Justice Dahiru Saleh, has died.

The retired judge died Thursday afternoon in his hometown, Azare, headquarters of Katagum Local Government Area in Bauchi State. He was a one time Chief Judge of the FCT.

His death was announced by one of his grandsons, Armayau Abubakar Liman, on his Facebook page where he wrote: “inna lilahi wa inna ilahi rajiun. My grandfather, Justice Muhammad Dahiru Saleh, Rtd, former CJ FCT (Matawalken Katagum) has passed on this afternoon. I solicit your prayers for Allah’s mercy on his soul. Allah ya gafarta Maka Baba Justice. Allah ya kyauta makwanci ka da sauran Alumma baki daya.”

Bauchi State Deputy Governor, Sen Baba Tela, who is related to the late Justice Dahiru Saleh confirmed the death in a telephone conversation with Tribune Online, describing him as an erudite jurist who paid his dues to the country having served meritoriously before retiring few years ago.