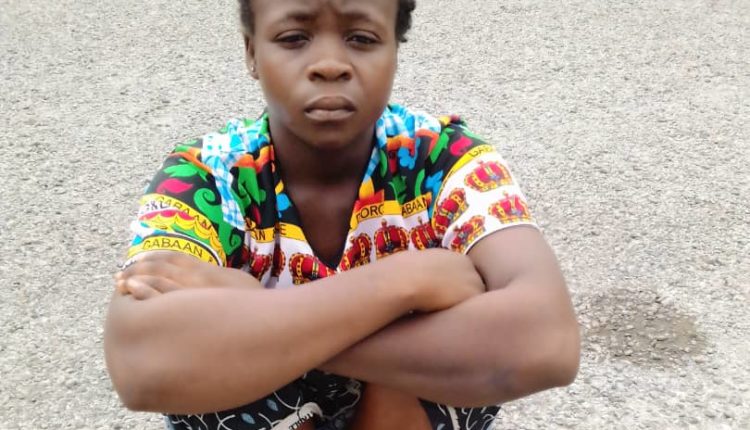 A 22-year-old lady was on Thursday, May 7, arrested by men of the Nasarawa State command of the Nigerian Security and Civil Defence Corps (NSCDC) after she allegedly stabbed her husband to death for making a phone call to another woman she suspected to be his lover.

The lady, Veronica Boniface, who claimed to be pregnant, used a kitchen knife she was using to peel yam to stab her husband, Michael Boniface, in the chest after she suspected he was calling a lover.

According to a statement issued on the website of the command by the Commandant of the NSCDC, Mr Mohammed Mahmoud-Fari, the suspect was arrested at Obene, Keana Local Government Area of the state, after allegedly committing the act.

According to him, the pregnant lady stabbed the husband with a kitchen knife following argument about a phone call he made to a woman suspected to be his lover.

Mahmoud-Fari said the command had conducted medical checks on the suspect and found her to be mentally sound.

He said that investigation had been concluded and the suspect would soon be arraigned in court for alleged culpable homicide.

Meanwhile, the suspect, a mother of one who claimed to be pregnant, told newsmen that the act was not intentional.

According to her, she was using the knife to peel yam before the altercation and mistakenly stabbed her husband in a bid to collect the phone from him, pleading for leniency.

Physically challenged shoemaker named ‘hero of the month’ in Kwara

One dead as another Lagos building collapses