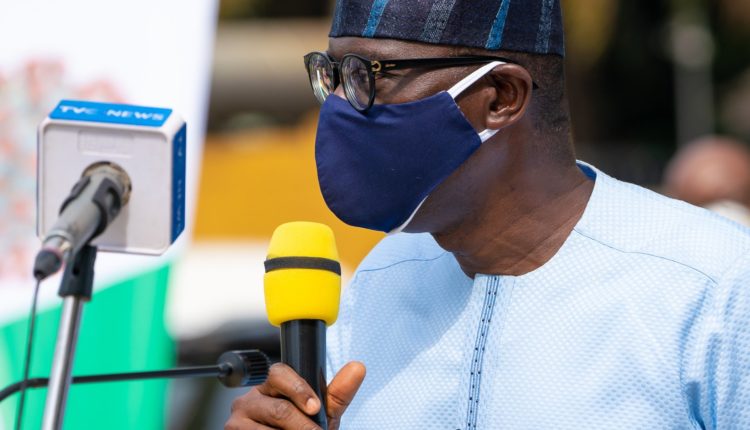 Lagos State governor, Mr. Babajide Sanwo-Olu, on Thursday announced the discharge of 48 more patients from various facilities in the state, saying the patients, who had tested negative twice to coronavirus comprised 32 males and 16 females, all Nigerians.

The governor announced the discharge of patients after testing negative for coronavirus through his Twitter handle, saying they were discharged from Yaba, Lekki, Onikan and Lagos University Teaching Hospital (LUTH) Isolation facilities.

According to him, the patients are: 28 from the Mainland Infectious Disease Hospital, Yaba; six from Lekki, one from Onikan and 13 from LUTH Isolation Centres, saying the latest development had brought the number of confirmed cases that have been successfully managed and discharged in Lagos to 406.

“Today, 48 more #COVID19Lagos patients; 32 males and 16 females, all Nigerians were discharged from our Yaba, Lekki, Onikan and Lagos University Teaching Hospital (LUTH) Isolation facilities to reunite with the society.

“The patients, 28 from the Mainland Infectious Disease Hospital, Yaba, six from Lekki, one from Onikan and 13 from LUTH Isolation Centres were discharged having fully recovered and tested negative to COVID-19 in two consecutive readings.

“With this, the number number of #COVID19 confirmed cases that have been successfully managed and discharged in Lagos is now 406,” Sanwo-Olu stated.