Why wives should be submissive —Clerics 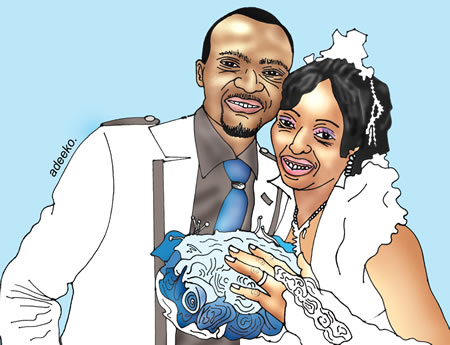 Submissiveness by the wife to her husband is one of the integral principles of a Christian marriage as entrenched in the Bible. But same, these days, has been contentious among Christian couples, with various reasons being given for this. SEYI SOKOYA chronicles the positions of clerics on the biblical perspective and how realistic it is today.

The recent ‘campaign’ for women liberation that literally broke the internet has continued to generate reactions from all corners, including the Church. This development has also created an avenue for people to air their views on their various experiences in marriage and has also unraveled near fiery tales of many marriages, mostly among the younger generation.

However, the Holy Bible has a standard as regards the responsibilities and obligations of the couple in a marriage. Specifically, the standard as the guide is expected to keep both parties in check for a peaceful, cordial and lasting relationship. Thus every believer is expected to conform to the doctrines according to the scripture.

Realities of life and other circumstances that confront many people including devoted Christians have made a large number of them unamenable to some cogent scriptural views that guarantee a cordial relationship between the man and his wife.

A particular portion of the Bible that asserts the man’s authority in the home is found in Ephesians 5:23-25 (NIV) which states: “For the husband is the head of the wife as Christ is the head of the Church, his body, of which he is the Saviour. Now as the Church submits to Christ, so also wives should submit to their husbands in everything.  Husbands, love your wives, just as Christ loved the Church and gave himself up for her.”

However, living successfully by these doctrines in Christendom has come with its challenges as the issues of divorce, separation and irreconcilable differences are on the increase, even among clerics.

These days, both the traditional and new media are always awash with the whys and wherefores Christian couples prefer to go their separate ways in spite of the biblical injunctions which formed the bedrock of their union.

A popular Nollywood actress recently took to her social media handle to air are view on her position on submissiveness. She wrote: “A woman’s submission is not earned by beating her or abusing her. Her submission is freely given. You earn it when she knows she can trust you with her mind, heart, soul and body. Once earned, work hard to keep it and do not take it for granted.”

Similar positions relating to women’s liberation have also generated reactions in the public space. The Church also is not exempted as investigations revealed that the number of cases on the issue is still on the rise.

Tribune Church sought the views of clerics on the interpretation of the biblical view that underscores women’s total submission to their husbands.

Dr Francis Bola Akin-John of the International Church Growth Ministry, Lagos emphasizes the message in the Book of Ephesians 5:23-25 which he says is a command to wives. “Submission to your husband means respect, honour and accepting him as your head. That doesn’t mean that he is always right, nor is he a sole decision maker or tyrant, but you are simply honouring him as your head and giving him reference in everything”, he said.

He also noted that what is expected of a wife according to the scripture doesn’t mean the wife is inferior; rather, she is only being enjoined to give the husband due respect as the Bible commands. He added that, “It even gave the example of Sarah, who called Abraham lord in 1 Peter 3:1-7. The husband must truly love the wife, not abusive nor hurting her. Then she will find it easy to be submissive.”

“The scripture is very clear on this issue. The husband’s role is to deeply love his wife, provide for her and add value to her, while the role of the wife is to submit, honour and respect her husband. Both must be mutually inclusive. Women that want to be dominant and lord it over their husbands, maybe because of their beauties, academic qualifications, career or economic power don’t want to enjoy their marital life. That’s why we have lots of divorce cases, single parenting and heartaches today.

“Women liberation is euphemism for pride, stubborn heart, lack of manners and ungodly character because God has not put women in bondage by instituting marriage. Rather, He specifies the roles of the husband and those of the wife, and if each keeps to their roles, things will definitely work out for all,” he added.

Pastor Bode Olubo of the House of Favour International Church, Egbeda, Lagos, holds a different view on the issue. According to him, “from the angle of my personal experience, mine might be exceptional, regardless of your faith, when a man marries a woman that is very intelligent, it’s not as if she would not submit to you, but she would want to be convinced in love to know if the submission is really worth it”.

“If a woman has been paying the bill of the entire house since the inception of the marriage and the man is not reciprocating  in any way, how do you think she would be submissive?”,  Pastor Olubo queries.

He noted that the wife will submit when she realises that her husband loves her. “A man who loves God will love his wife, but how do you expect to receive what you do not give? We have abused the meaning of the word ‘submissiveness’. You can›t force your wife to submit to you; when you love her, she will submit to you willingly. Submissiveness means you showing love, supporting and celebrating her and then she will naturally submit to you,” he added.

He also restated that the Bible’s position on marriage is perfect by underscoring that the wife should submit to her husband and husband should love his wife. “It is when you love your wife that she will submit to you as the husband”, he opined.

From his perspective, Pastor Samuel Olawunmi of the Redeemed Christian Church of God, Ibadan, Oyo State, noted that being submissive to one›s husband is very realistic and that it is expected of every woman that is a Christian to follow that biblical standard.

In his interpretation of the scripture in particular, Pastor Olawunmi said the wife must seek the consent of her husband first before doing anything.

“Even if the wife shares or shoulders part of the responsibilities at home, she must still be reminded that the husband is the head of the house and she has to submit to him. Just as Sarah called Abraham, ‘my lord’, women are to follow in the footsteps of godly women in the Bible. The standard for every home is the Bible; as believers the Bible is the only standard we are to follow, husbands are also to love their wife as Christ loves the Church,” he said.