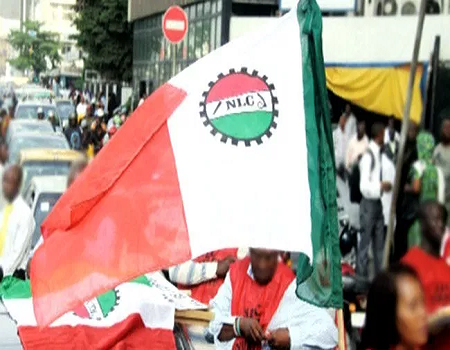 Leading the strike and the protests in the face of the court injunction are the affiliates of the two labour centres, who have all sent directives to all their members to fully participate in the action and ensure its success.

The TUC president described the injunction obtained by the government to stop the action as a “kangaroo injunction,” obtained at the wrong time.

Comrade Olaleye said: “It is just a kangaroo injunction. It is totally wrong at this period. The court is saying we should not go on strike. Can it stop somebody from protesting for his right? That will not work. They are talking of people’s rights. As workers, we have two caps on our heads: we are government workers, and at the same time we are citizens.  If you are saying that as workers, we cannot strike, then we can protest as citizens.

“So, the court injunction will not work. They are just trying to create crisis for the government. I am sure that those who went to court to get that injunction don’t have the interest of the nation and the government, especially the president, at heart. They don’t like the president, if not, they will know that issues like these are not resolved in that manner. So, we continue to mobilise.”

Asked if the actions will commence on schedule, the TUC president said, “yes, the protest and the strike commence on Monday.”

Comrade Ugboaja, the NLC general secretary, said no one can use the court to stop people’s unhappiness, adding that getting a black market injunction like that to stop public protest and strike is not new.

Comrade Ugboaja pointed out that all government offices, banks, rail and other sectors of the economy will be shut down.

“All the affiliates of the NLC and the TUC in all the sectors of the economy have issued notices to their members to ensure total compliance.”

The National Union of Electricity Employees (NUEE), in a directive sent by the General Secretary, Comrade Joe Ajaero, who is also a deputy president of the NLC said, “in view of the national action called by the Nigeria Labour Congress which the National Union of Electricity Employees is affiliated to, you are hereby urged to ensure total compliance throughout the duration of the action.”

Also, the General Secretary of Senior Staff Association of Statutory Corporations and Government-owned Companies (SSASCGOC), Comrade Ayo Olorunfemi, said mobilisation was already ongoing, adding that they have been strategising on how to ensure that the strike is successful.

He said: “We have been meeting over the strike. For now, we are just strategising in the face of the new development. They gave the Labour centres court injunction, but they didn’t give the unions that constitute TUC and NLC, and we are entity on our own. So, the strike can go on.”

In a notice sent by the Nigeria Union of Railway Workers, the union said: “We write to demand unreserved compliance of all Nigeria Railway workers with the directive of the leadership of the Nigeria Labour Congress, our labour centre, that all Nigerian workers nationwide should commence an indefinite nationwide strike action effective from 00hr: of Monday 28 September 2020.”

In its notice to its members, the Nigeria Union of Petroleum and Natural Gas Workers (NUPENG), said: “Consequent upon the resolution of the National Executive Council of the Nigeria Labour Congress taken at its meeting on Tuesday 22 September, 2O2O directing all affiliate members of the Congress to embark on a nationwide industrial action on Monday 28 September, 2O2O to protest the recent hike in electricity tariff and the Petroleum Motor Spirit (PMS), you are hereby directed to mobilize all our formal and informal sectors members in your zone to adequately mobilize for the successful execution of this resolution.”

Meanwhile, the National Union of Textile Garment and Tailoring Workers of Nigeria (NUTGTWN) has directed its members across the country to join the indefinite strike action as directed by the NLC with effect from Monday, September 28, 2020.

This was contained in a circular dated September 25, 2020 addressed to all textile employers, copy which was made available to the media on Saturday.

The circular noted that the Union’s National President, Comrade John Adaji and Ag. General Secretary, Comrade Ali Baba, formally informed their members as well as textile employers to join the strike if the Federal Government refused to reverse its decision on the increase in pump price and electricity tariff.

Edo election and our unconstitutional players

Why wives should be submissive —Clerics