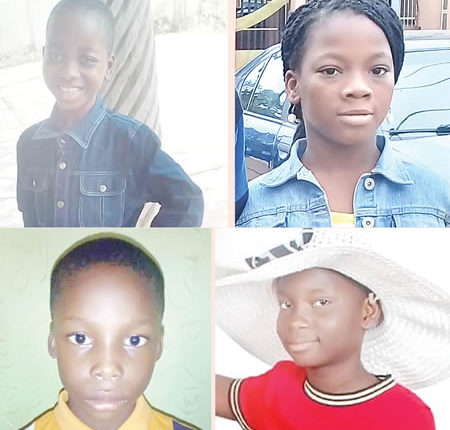 Since the lockdown and closure of schools because of the outbreak of COVID-19, it is now a must for students to meet with their teachers online, an unfamiliar platform for both teachers and students. This has come with challenges which differ from one child to the other. Some students spoke with Aunty Yemi on what they have been facing.

The online classes are very interesting in that l see my teachers and hear all my friends’ voices  but not having a personal phone makes it a little difficult to concentrate.  Sometimes, my mum would have gone out with her phone while at other times, bad network, power failure and incoming calls would disrupt the flow during an interesting class. Also, distractions from siblings, no eye contact with my teacher are also great challenges.

The challenges we have in our online classes are: We cannot see one another since we hold classes on whatsApp; teachers would not know the difficulties each student has in their subjects; Teachers would not be able to access their students’ work easily; our teachers don’t give us assignments on a daily basis Most teachers and students don’t have data for the classes; It is not all students that have phones to join the classes but could only catch up with television and radio classes. Sometimes, our batteries run out and there would be no electricity supply to charge our phones or laptops yet we need the classes to remember all what we have learnt. It is important for teachers to give us assignment to keep us busy so we would not play away our time. The government should start to consider ways of reopening schools soon with adequate measures put in place.

Online classes are good especially in this critical time of COVID, when all schools are closed down indefinitely. The following are the challenges we are facing: First, lack of personal phone. This is one of the major problems we are facing as I can only access any online class through my parents’ phones who may not be around at the time the class is going on. Secondly, network problem. This is very common especially in my area, where we usually experience network failure and this is highly disturbing.

Another challenge is, insufficient airtime for browsing. At this critical time when everything seems tight that people hardly have three square meals, money to buy credit is very scarce because what to eat is the priority. In the light of the above points, it is very clear that online lesson has many challenges. It is my prayer that COVID will soon be rid off and schools would open again. God bless Nigeria! God bless Oyo state!!

We started our online classes over a month ago. The platform is good and easy to access but we are facing a lot of challenges which are listed below:

The first challenge is that we don’t have an android phone of our own I have to be sharing a phone with my twin sister, Kehinde and my sibling who is in primary class. This always delays us and consumes our time more than necessary.

Another challenge we are facing is the lack of electricity. It prevents us from charging the phone very well.

The third one is the issue of data. Our parents atimes complain of data. This also affects our online classes especially if it finishes when the class is going on.

The last challenge is the network problem which makes our work roll several times before it finally downloads.

I want to advise the government to upgrade all educational facilities for online classes.

‘My teacher understands me well’

Nigeria @ 60: ‘May God grant our leaders wisdom to govern the country.’