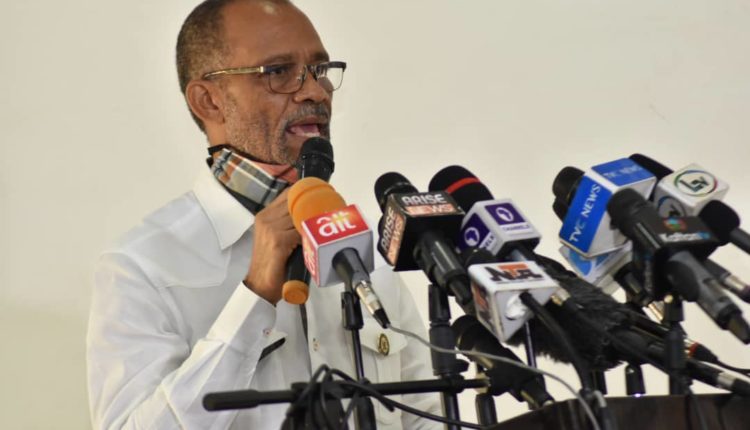 Lagos State government on Thursday said it had expended about N800 million in carrying out 16,000 COVID-19 test in the state so far, disclosing that each of the test, which had been fully paid for, costs between N40,000 and N50,000.

The Commissioner for Health in the state, Professor Akin Abayomi, made this known while fielding questions from newsmen on situation report in the fight the state is waging against spread of COVID-19 at the Bagauda Kaltho Press Centre, Secretariats, Alausa, Ikeja.

He, however, said the state was poised to undertake 1,000 people per day very soon in the next one or two months.

“We have so far performed 16,000 COVID-19 tests in Lagos, which is much higher than anywhere else in Nigeria.

“We are planning to test up to about 1,000 people per day very soon and in the next month or two, we are going to be ramping up our capacity to test.

“But as we ramp up our testing, we are going to try and use some means of subsidy for the test, either through insurance or through some contributions from donors or from development partners .

“For now, the state government is providing COVID-19 testing free of charge and all citizens who need to be tested for COVID-19 either because they are not feeling well or had a close contact can get it done free of charge at any of our  testing sites on the four laboratories,” Abayomi said.

Speaking further, the commissioner disclosed that the state was about to roll out trial on hydroxychloroquine, noting that  the state would in the next two months get information on the drug either as preventive or curative, given the solidarity trial it was participating in.

He said government had identified the centres to roll out the hydroxychloroquine trials and was considering various dietary supplements that could boost or improve the immune system to resist the virus.

According to him, Lagos is seeing a rise in its COVID-19 confirmed cases due to the increase in its testing capacity, stating that the government was looking at integrating the concept of home-based care of COVID-19, even as he enjoined Lagosians to present themselves for test and guard against stigmatisation of COVID-19 patients.

The commissioner further urged the people to always wear nose masks in the public, present themselves early for treatment, as most of the death recorded were cases that were brought in late.

Abayomi, while noting that Lagos and Kano had the same demographic, said the state was recording more cases of of the virus due to fact that it was doing more testing than Kano.

I will crush terrorists before I leave in 2023, says Buhari