VIDEO+PHOTOS: Man lands his helicopter at filling station to fill the tank 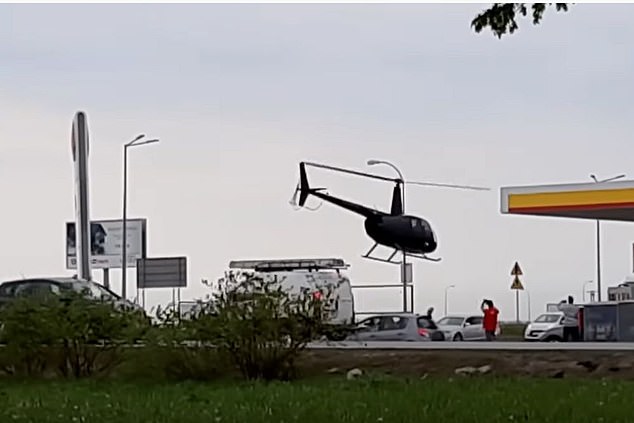 It was a strange moment in Poland when a man landed his helicopter at a filling station to fill up on gas before paying and flying off, the Daily Mail of UK reported on Thursday. 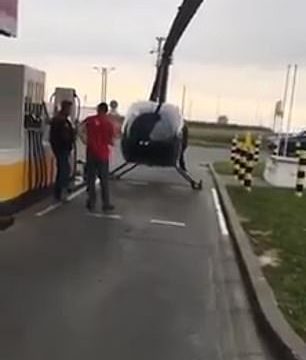 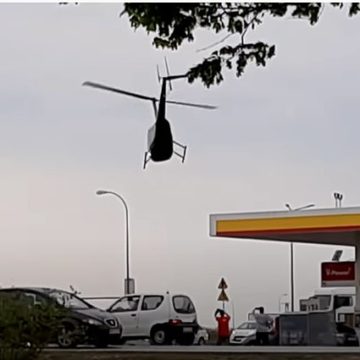 Mobile phone footage of the scene shows stunned customers looking on as the pilot landed his chopper to a petrol pump at the station in the town of Garwolin in Poland.

After filling the tank, he then pays ‘as if nothing had happened’ before another video showed him climbing into the cockpit and taking off.

One customer who witnessed the extraordinary scenes told local TV, Polsat News: “I have seen many things in my life, but to land a helicopter at the station, you have to be a really good pilot to do such a thing.”

The video has now been flooded with comments with people asking if the pilot also bought a hotdog or was collecting points for his fuel card.

One viewer calling himself dr0pSu said: “We have it! GTA 6 official trailer. It’s not Los Santos or Liberty City anymore, it’s time for Garwolin City.”

Another called Mariano 96 quipped: “Perhaps the petrol is cheaper in Garwolin.”

While someone calling themselves sdd commented: “He should lose his pilot’s licence!!!”

Police say they are now looking into the matter.

Spokesman Marek Kapusta told PAP Life: “We are conducting an investigation under the supervision of the prosecutor’s office. “It was not difficult to track him down, because he took an invoice from the gas station, i.e. he gave his details.”