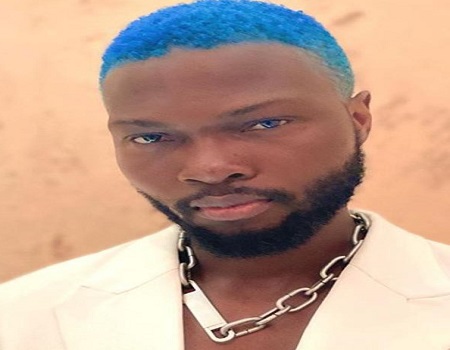 Popular Nigerian singer-songwriter, Sodiq Onifade a.k.a WurlD has announced his forthcoming EP entitled “Afrosoul” will be released on May 15, 2020.

The EP “Afro-Soul” will feature tracks such as “Ghost Town” and “Love Nobody”, in addition to unreleased tracks “National Anthem (Growing Wings)”, “Story”, “Can’t Come Outside” and many more.

WurlD is one of Nigeria’s fastest rising stars who began his career writing for notable artistes such as B.o.B., Trinidad James, Akon, Mario, and many more.

A strong performance to the song Ghost Town was originally debuted on a global platform, COLORS Studios, following his release of the hit single “love Nobody”

COLOURS showcases exceptional talent from all around the globe, focused on promoting “the most distinctive new artists and original sounds. It’s no surprise that WurlD was selected to showcase.

In 2016, WurlD collaborated with Shizzi & Walshy Fire of Major Lazer to deliver the Afro-pop hit “Show You Off” but released his Love Is Contagious EP in 2019.

WurID has been praised by several media outlets such as Vice, OKayAfrica, E!, and MTV for his unique style and eclectic sound.

May Day: NUJ salutes media professionals, demands for release of journalist in A/Ibom