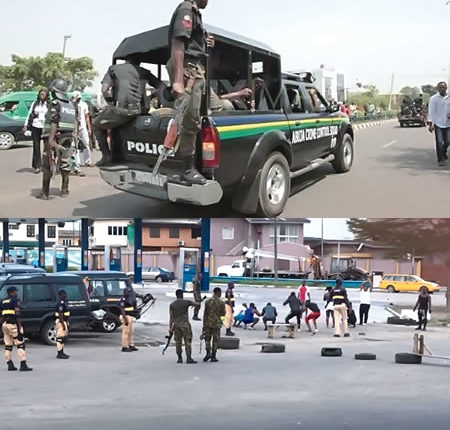 THE 36 state governors unanimously agreed after a virtual meeting on Wednesday, April 22, to the implementation of a national inter-state lockdown over a period of two weeks to mitigate the spread of COVID-19. The governors reached this decision after available evidence showed that community transmission of the virus had resulted in its spread to many of the states.

The move by the governors is a good one. This is evidenced by the adoption of the suggestion by President Muhammadu Buhari, who during his third broadcast to the nation since the outbreak of the coronavirus disease announced a ban on inter-state commuting except for those on essential duties. Banning inter-state commuting indefinitely is a sure way to beat the new coronavirus spread given the way Nigerians live and move. The transport system of the country has scant respect for social distancing and so is the country’s style of living: the majority of Nigerians live in clusters. So, stopping the community spread of the virus without placing restriction on internal movements would be herculean. Many countries that have been able to flatten the curve of the spread of COVID-19 also restricted citizens’ movement as a strategy to beat the spread of the virus.

The major benefit of inter-state movement restriction is that when the virus is contained in a community or state, tackling and defeating it become a lot easier than when it is allowed to spread to every part of the country as the particular state or community that has become the epicentre can be singled out and resources deployed to the affected place to curtail the spread of the virus. The restriction is coming a bit late: if the Federal Government had speedily responded when COVID-19 became a pandemic and shut the airspace while also restricting inter-state movements, the virus would have been kept away from the shores of the country and it would not have been exposed to the danger of community transmission of the virus.

However, as good as it is to restrict inter-state movement, our concern is the enforcement of the order. Despite the total lockdown in Lagos, Ogun and Ekiti states, a COVID-19 patient was able to move from Lagos to Ekiti unhindered. How did that happen? Where were the security operatives? How was the person able to beat all the checkpoints from Lagos to Ekiti? Similarly, a Customs official infected with Covid-19 was able to travel from Kano State to Oyo State when both Oyo and Osun states had shut their borders. Nobody has been able to explain how he meandered his way from Kano to Ibadan in Oyo State. Then, Kano State’s Covid-19 index case was said to have travelled from Lagos to Abuja before finally arriving in Kano State where he attended Jumaat service and engaged in other social activities, doing all these while both Lagos and the FCT were in total lockdown. How did this happen? These are questions that managers of the country’s security apparatus must provide answers to.

Does the resolve of security operatives to enforce compliance genuflect to monetary inducement? Are there orders from above to allow some people break the law? Are the security operatives properly motivated to uphold the laws of the land? If infractions of the order happened in the past, what guarantee is there that they won’t happen again?

The president and the state governors should realise that banning inter-state travels is not the magic wand that would stop the spread of the virus; it is the implementation of the order that can give the country its desire. They must therefore be determined to do everything to deter the breach of the order to save the country from the paralyzing effects of Covid-19.