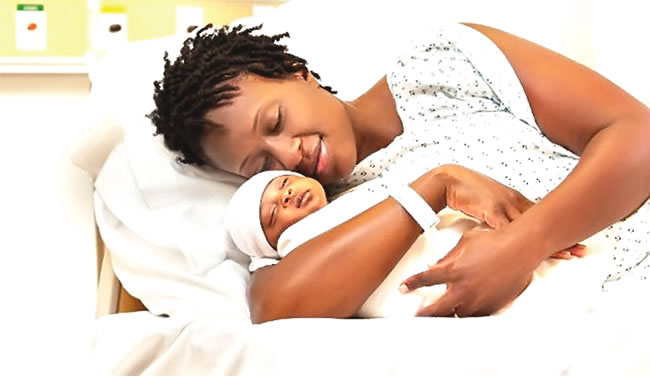 People can often have diabetes and be completely unaware. But the earlier diabetes is diagnosed the greater the chances are that serious complications, which can result from having diabetes, can be avoided. In this report by SADE OGUNTOLA, experts say that in women, the implications of undetected diabetes could be infertility.

m AKING a baby is the most natural thing in the world; so many people might think that it’s easy. However, there are lots of natural things that are hard to achieve. Conceiving and giving birth are topmost on the list.

Mrs Adenike Adelowo is a primary school teacher and a mother of Akin, a seven-year old boy.  She had him after four different miscarriages in the village, until she came to the city and had opportunity to talk to a gynaecologist at the government hospital.

After a battery of tests, the doctor traced Mrs Adelowo’s  miscarriages to her being obese and having abnormal blood sugar level.

“The doctor told me that the miscarriage was due to gestational diabetes,” she said. “It was with the doctor’s advice and medications that I had Akin at 28 weeks. He was born prematurely and his lungs were not fully matured. He stayed in the hospital for a month before we were discharged to go home.”

While there is an increasing awareness about diabetes prevention and treatment, there isn’t much awareness about other problems that are caused by diabetes like increased risk of infertility.

In women, the implications of undetected diabetes, Dr Olayinka Ogunbode , a consultant obstetric and gynaecologist at the University College Hospital (UCH), Ibadan, said is tremendous.

According to Dr Ogunbode, “Some of them may be prediabetics or diabetics and this has been shown to affect fertility. If the impaired glucose tolerance level is pre-existing with obesity, that is a body mass index (BMI) that is greater than 29, then the chances of it affecting fertility becomes even more.”

People can often have diabetes and be completely unaware. The main reason for this is that the symptoms, when seen on their own, seems harmless. However, the earlier diabetes is diagnosed, the greater the chances are that serious complications, which can result from having diabetes, can be avoided.

In women, impaired blood sugar levels, he said can complicate ovulation, compromise egg quality and make menstrual cycles unpredictable. The woman will not be able to know her fertile period and that is what we call subfertility. It means it will take a longer time for them to achieve pregnancy.

Moreover, he said that an undetected pregnancy can also prevent the embryo from implanting in the womb even before the pregnancy has started or the women realise she is pregnant.

The risk of oligomenorrhea, or delayed periods, is directly proportional to the levels of blood glucose.

Elevated glucose can negatively affect estrogen, progesterone and testosterone levels—all of which are important for pregnancy to occur and be sustained until delivery. Usually, the placenta takes over from these ovarian hormones for the sustenance of the pregnancy after the 13 to 14 week.

In this case, undetected diabetes isn’t preventing conception but is preventing an ongoing pregnancy.

Moreover, Dr Ogunbode added that even if implantation has occurred, there is a higher risk of birth defects, macrosomia or fetal growth restriction, premature birth and miscarriage later on during pregnancy.

Birth defects are health conditions that are present at birth. Birth defects change the shape or function of one or more parts of the body. They can cause problems in overall health, how the body develops, or in how the body works.

Macrosomia is when a baby weighs more than four kilogrammes at birth. Such extra large babies are more likely to get hurt during labour and birth. And the woman may need to have a caesarian section to keep herself and the baby safe. Fetal growth restriction also called small for gestational age, is when a baby doesn’t gain the weight he should before birth.

The American Diabetes Association reports that high glucose levels increase a woman’s chance of early pregnancy miscarriage by 30 to 60 per cent. Besides, diabetes can also raise the risk of cardiovascular and lung disease, arthritis and osteoporosis.

He declared: “The incidence of impaired glucose tolerance, which could be an undiagnosed diabetes or gestational diabetes among pregnant women is about 15 per cent. In women that are obese and have a weight that is greater than is expected for their age and height, this can go as high as 30 per cent.”

Preconception care could prevent, identify and treat medical conditions like diabetes mellitus before pregnancy, thereby ensuring healthy pregnancies and healthy babies. Having diabetes and getting pregnant means that the pregnancy will be labelled high-risk.

Nonetheless, the expert warned that women discovered to have an impaired glucose tolerance can cause other health concerns for both mother and baby later in future.

“Women with impaired glucose tolerance that is not detected have a higher chance of developing diabetes later in life and once it has been long-standing, the complications and the challenges are  more if it is not detected when diabetes sets in,” he added.

Meanwhile, endocrinologists have warned that diabetes can cause infertility in both men and women. Both sexes are at equal risk of infertility. Diabetes in women, for instance, has been associated with polycystic ovary syndrome (PCOS) and other autoimmune diseases that can lead to infertility.

Dr Abayomi Ajayi, a consultant obstetric and gynaecologist and Medical Director, Nordica Fertility Centre, Lagos, a clinic that specialises in the treatment of infertility suggested maintaining a good lifestyle, an ideal body weight, keeping sugars within the target range, avoiding smoking and alcohol and excessive work-related stress are some of the preventive measures for women with impaired glucose tolerance level.

If those efforts alone don’t lead to a healthy pregnancy, then medications may be introduced to improve fertility.

Diabetes doesn’t preclude men and women from reproducing. It does, however, require professional guidance, meticulous maintenance of health, and monitoring of blood sugar and hormonal levels. With proper care and attention, the vast majority of diabetics can have healthy offspring.

Being able to get pregnant is a big part of the marriage institution, especially in the African cultural context. Hence infertility is associated with a lot of negative psychosocial and other consequences such as stigma, deprivation and neglect, violence, marital problems and mental health issues.

He attempted to strangle me; climbed the ceiling to spy on me and a male client —Wife

Too much screen time can affect children’s brain