Entertainment
By Favour Boluwade On Jun 27, 2020 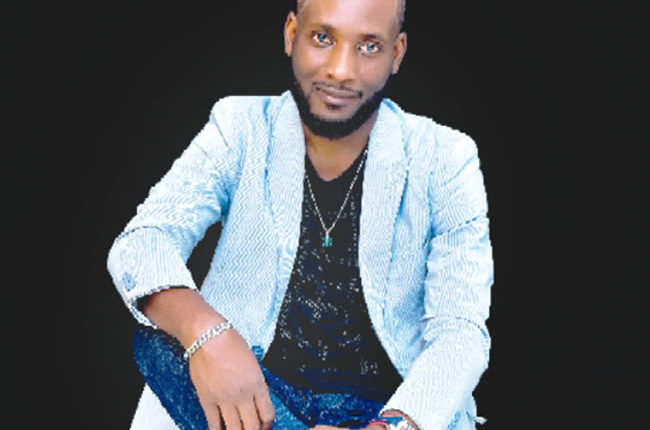 Justin Ughulu,music producer, recording artist and saxophonist, has revealed his plans to make a difference in music production in Ibadan, Oyo State and in turn make impact nationally and internationally through his growing music studio structure.

The musician who started his career in 2012 from a christian background said he developed interest loving music with so many rehearsals and concerts that he was a part of and how that created the desire and love for music he has had over the years.

Ughulu told Saturday Tribune that, “It has been a wonderful experience; an experience that has exposed me to a wider audience home and abroad”.

When he released his first album ‘Greatest Love’ in 2012, he said he discovered the stress of having to get a good studio to record or make good music. As a result of that, he invested in building an ambience, in form of a studio, to make a difference in music production and cover loopholes he had experienced working in other studios.

Ughulu, whose stage name and social media handle is Justin AB said, “As a musician, having a studio is a big advantage because you won’t have to worry too much since you record at will, you don’t have to worry too much for funds to record your songs, it saves you the stress of having to travel far looking for a place to make good music. The moment inspiration comes, you pick up your pen, write, compose right there in the studio.

“But that is not just all about a studio. I am a musician and at this point of my life, I want to impact other lives. I just want to help others, especially the upcoming artistes around me, to achieve their dreams. Being a music producer  affords me the opportunity.

“The studio we have is unique and we want it to be of a standard; as one of the bests in this part of the world”.

Because of the challenges upcoming artistes face, in terms of funding their music, getting the right atmosphere, good producers and generally, a conducive studio which were some of the things Justin AB noted in his music journey, he mentioned that he has invested in good equipments to increase quality and good music.

Justin AB also said there were so many talented fellows who needed help to take their music career to the next level which he has met in Ibadan and outside the city.

“As a producer, I have created opportunities for these talented individuals and still creating more; just because of the importance to make impact.

“Having a studio gives me that chance to help raise upcoming artist especially those who are talented and need serious help”,  he said.

He also told Saturday Tribune that one of the major challenges a producer and studio owner goes through was working with people, because of the variety of personalities that want to sing. With some doing hip-hop ,another, rap, he said there were different appearances the artistes would have which made it a toll managing people sometimes.