Says structure had no building permit 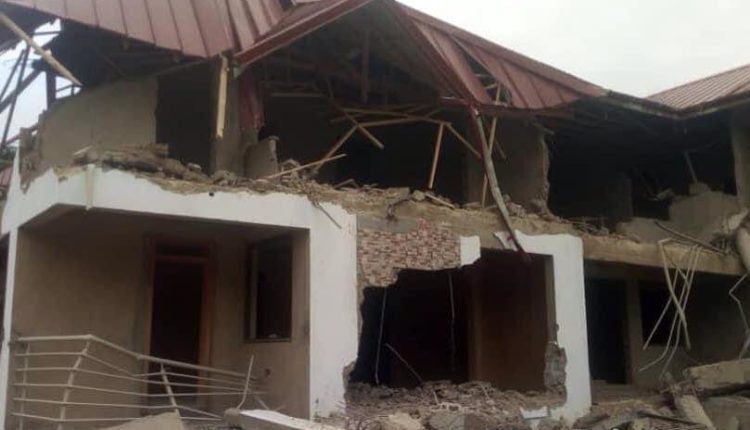 The Ghanaian government has offered to rebuild the structure belonging to the Nigerian High Commission which was demolished by some unknown people on Friday, June 19.

In a statement by Ghana’s Foreign Affairs and Regional Integration Minister, Shirley Ayorkor Botchwey, the country also said two individuals who were suspected to have carried out the demolition have been arrested and are currently being interrogated.

Text of the minister’s statement:

Following the incident regarding the breach of the premises of the High Commission of Nigeria, located at 19/21 Julius Nyerere Street, Ringway Estates, East Ridge, Accra, on Friday, 19th June, 2020 at about 23:00 hours, a committee comprising officials of the Ministry of Foreign Affairs and Regional Integration, the Lands Commission, National Security Secretariat and the Ghana Police Service was constituted to investigate the incident and make appropriate recommendations.

Preliminary findings by the committee indicate the following:

The Lands Commission stated that per its processes of granting leases, its records did not reveal any previous transaction in respect of the land in question.

Based on the silence of the High Commission of Nigeria, the Lands Commission went ahead and issued a Land Title Certificate covering the said parcel of land to a third party.

Unfortunately, owing to the fact that the High Commission did not obtain a lease following the allocation letter, or proceed to obtain a Land Title Certificate or even a building permit for the new property, a search by the Lands Commission did not show that any proper documentation had been obtained in respect of the property.

It is worth noting that Articles 22 and 30 of the Vienna Convention on Diplomatic Relations stipulate that the premises of the Mission as well as the private residence of a diplomatic agent shall be inviolable. Thus, the incident of Friday, 19th June, 2020 constitutes a breach of the Convention.

In light of the above, the Government of Ghana has decided as follows:

ii. The Lands Commission will proceed to issue a Land Title Certificate to the High Commission of Nigeria to regularize its ownership of the property in question;

iii. The Government of Ghana will take immediate steps to engage the Osu Stool and all stakeholders on the impasse;

iv. Following the arrest of some persons connected to the breach of the premises of the High Commission of Nigeria, the Criminal Investigation Department will expedite action on investigations, given the delicate nature of the matter and its potential ramifications on Ghana–Nigeria relations;

v. The Government of Ghana will ensure that the demolished building is restored to its original state, as soon as possible;

vi. The High Commission of Nigeria will take appropriate steps to obtain building permits for the construction;

vii. In view of the above, the Government of Ghana will actively engage the Nigerian Government at the highest level to address the impasse and help calm tensions in both countries.

Finally, let me state emphatically that Government takes a serious view of the violation of the diplomatic premises. Whilst expressing deep regrets over the incident, I wish to assure the Government of the Federal Republic of Nigeria that the Government of Ghana will pursue this matter to its logical conclusion and ensure that the perpetrators are sanctioned in accordance with the laws of the land.

Meanwhile, I wish to entreat the media to be circumspect in their reportage on the matter.

Ghana remains a law-abiding country which upholds the principles of the rule of law where due process is followed at all times.

In conclusion, let me assure the diplomatic community in Ghana, and the High Commission of Nigeria in particular, that the Government of Ghana will not relent on its primary obligation to protect and guarantee the safety of the Members of the Diplomatic Corps.

‘Present pandemic is teaching nations to be self-reliant’

Time to end the lockdown in Nigeria