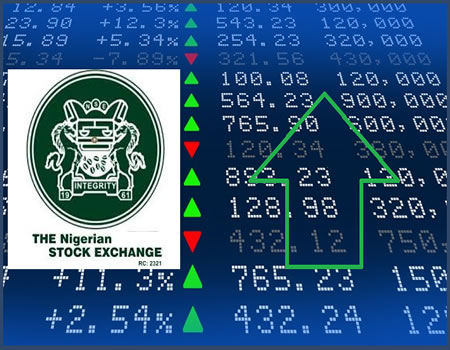 For the year ended in March 2020, Red Star Express Plc, one of Nigeria’s leading logistics company, has recorded an impressive turnover of N10.5 billion which is a five per cent increase over the preceding year.

With the increase in turnover recorded, the Board of Directors have recommended the payment of the sum of N324 million  which represents a dividend of 35 kobo per ordinary share, as approved at the Annual General Meeting, which is now subject to deduction of withholding tax at 10 per cent and dividend would become  payable  on October 15, 2020  to  all  shareholders  whose  names  appear  on  the Company’s Register at the close of business on September18, 2020.

According to the Chairman, Board of Directors, Mr Suleiman Barau (OON), “Red star Express recorded impressive figures as usual. I am particularly delighted because the lockdown necessitated by the COVID-19 didn’t affect the financial year and its reports so much.

“We thank all stakeholders for their usual support and pray this will continue now and always. I am glad to inform you that the last financial year was successful as the company reported impressive figures across all our performance indicators.”

It will be recalled that at the Board of Directors’ meeting held on January 21, 2020, the Board passed a resolution to raise additional capital through right issue through creation of additional 336,855,291 ordinary shares of 50 kobo each issued at N4 per share. The share premium increased from N296.4 million to N1.43 billion for the year ended March 31, 2020.

With 166 offices within Nigeria, Red Star Express remains the flagship, continuing pick-up and delivery of express documents and parcels, domestic and international, and its relationship with FEDEX as its sole licensee in Nigeria.