Pizza for the win! 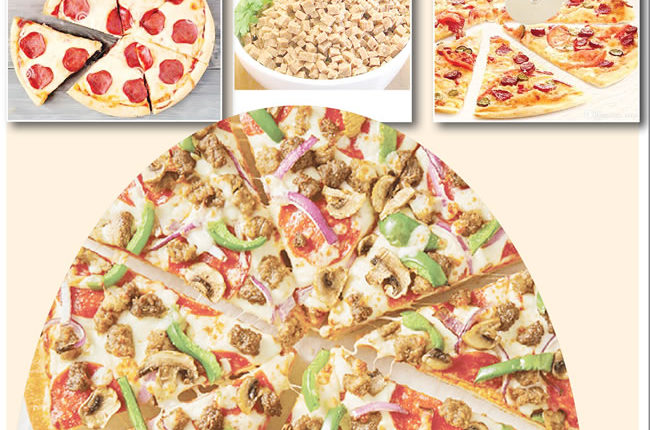 You already guessed ; there is something that pops on people’s mind when the word ‘pizza’ comes up. Pizza could make one reminisce hangouts, picnics, game nights, movie nights, dates and just fun.

Now it’s coming home to you without ordering the box.

There are two ways to bake pizza. Some add the pizza sauce with beef toppings and Mozarella cheese and bake once and for all. Toppings vary but what is mostly constant in toppings is the Mozarella cheese, and some can do without it too.

There are no limits to different types of toppings, depending on the chef. You can have varieties such as chicken, beef, pepperoni, suya,  hot and spicy and veggies.

For the Pizza dough

For the pizza sauce

Add two cups of flour in a dry bowl, add salt and the sugar (that is all the dry ingredients)

After 3 minutes, pour the yeast water on your dry ingredients. I.e the flour, sugar, salt already in the bowl and mix together until it becomes sticky

Place on a board ,add flour and begin to knead for about 10-15 mins until it becomes a dough.

Cover for 1 hour to make it rise

Add very little oil in a pan to fry

Add the chopped onions; you may add chopped garlic also.

Add tomato sauce and the blended tomato and pepper

Bring out your dough afterwards it must have risen in one hour.

Poke your finger inside, if it comes back up, it is well done, knead once again using rolling pin to flatten.

Place it inside a pizza pan (optional) to get a round shape and cut the excesses away.

Remove it, flip over, and add sauce, toppings and Mozarella cheese before baking again (this is to avoid a soggy dough).

Remove from oven after about 15 minutes, use pizza cutter to cut to as many as you want.

Your pizza is ready

Recipe note: If you are using beef or chicken toppings, chop your beef into small cubic sizes and cook before adding it. Also cook your chicken and shred it for the same result.

Courtesy: Hope Fajana, a budding chef who loves to bake and who shares her recipes digitally via her mail, hopelantiki@gmail.com

Buhari Reads Riots Act To Ministers, MDAs, Others On Relationship With NASS
President Muhammadu Buhari, on Thursday, received in audience the distinguished Senate President Senator Ahmed Ibrahim Lawan and Rt. Honourable Speaker of the House of Representatives Honorable Femi Gbajabiamila at the State House, Aso Villa… Read Full Story
NASS Won’t Tolerate Negative Attitude From Buhari’s Appointees — Lawan
AFTER a meeting with President Muhammadu Buhari in Abuja on Thursday, Senate President Ahmad Lawan warned that he National Assembly would not tolerate negative behaviour from appointees of the president, as such behaviours are capable of jeopardising the harmonious relationship between the legislature and the… Read Full Story
NCDC Confirms 595 New COVID-19 Cases, Total Now 34,854
The Nigeria Centre for Disease Control (NCDC) has confirmed 595 new cases of COVID-19 in the country, bringing the total number to 34,854… Read Full Story
Nigeria Loses $3bn In Six Years To Illegal Gold Smuggling – Buhari
President Muhammadu Buhari, on Thursday, lamented that Nigeria lost about $3 billion in six years to illegal smuggling of gold. He made the declaration at the official presentation of locally mined gold bars by the Presidential Artisanal Gold Mining Development Initiative (PAGMDI), at the presidential villa, Abuja… Read Full Story
Nigeria to generate additional 250,000 jobs, $500m from gold mining annually —Buhari
PRESIDENT Muhammadu Buhari says improved gold mining operations in the country will generate no fewer than 250,000 jobs and over $500 million annually in royalties and taxes to the Federal Government. According to the News Agency of Nigeria (NAN), The president disclosed this at the official presentation of… Read Full Story
Russia Trying To Steal COVID-19 Vaccine Data, Say UK, US, Canada
HACKERS backed by the Russian state are trying to steal COVID-19 vaccine and treatment research from academic and pharmaceutical institutions around the world, Britain’s National Cyber Security Centre (NCSC) said on Thursday. According to Reuters, a coordinated statement from Britain, the United States and… Read Full Story
Allegations Against Me Trumped Up, Magu Tells Salami Panel
SUSPENDED acting chairman of the Economic and Financial Crimes Commission (EFCC), Ibrahim Magu, has told the  Justice Ayo Salami investigation panel that charges against him “are trumped-up allegations.” The Salami panel was set up by President Muhammadu Buhari, under the Tribunals of Inquiry Act and other… Read Full Story
Court Dismisses EFCC’s Move Seeking Final Forfeiture Of Saraki’s Properties
A Federal High Court sitting in Lagos has dismissed a move by the Economic and Financial Crimes Commission (EFCC)  seeking the final forfeiture of two houses in Ilorin, Kwara State, belonging to a former Senate President, Dr Bukola  Saraki… Read Full Story
COVID-19: Osinbajo Lists Support Schemes For MSME Survival
Vice President Yemi Osinbajo has said the Federal Government, through the National Economic Sustainability Plan (NESP), is set to implement a number of schemes to keep Micro Small and… Read Full Story
Solution To Banditry In Zamfara Is Solution To Banditry In Nigeria – Matawalle
Governor Bello Matawalle of Zamfara State has said that the state is the epic centre of banditry in Nigeria where all the super hubs of bandits are based because they have converted their forests as their homes… Read Full Story
Sacked Council Chiefs: We’ll Get Justice At Supreme Court – Alao-Akala
Former Governor and Chairman Reconciliation Committee of the All Progressives Congress (APC) in Oyo State, Otunba Adebayo Alao-Akala, has said the judgment of the Court of Appeal in favour of the Peoples Democratic Party (PDP) led State Government does not vitiate or detract from the fact that the sacked… Read Full Story
South-South Governors Support Audit Of NDDC, Deplore Commission’s Crisis
The South-South Governors Forum on Thursday declared wholehearted support for a forensic audit of Niger Delta Development Commission (NDDC) ordered by President Muhammadu Buhari… Read Full Story
Zango Kataf Crisis: Implement Cudjoe, Muazu Reports, Atyap Leaders Tell El-Rufai
The leaders of Atyap Community Development Association (ACDA) of Zango Kataf local government area of Kaduna state has urged Governor el-Rufai to implement both the Justice Rahila Cudjoe and Air Vice Marshal Usman Muazu reconciliation committee reports which according to them could be the best… Read Full Story
Probing NNPC’s Illegal Withdrawal From NNLG
LAST week, the House of Representatives resolved to investigate the alleged illegal withdrawal of $1.05 billion from the account of the Nigeria Liquefied Natural Gas (NLNG) by the Nigerian National Petroleum Corporation (NNPC). It, therefore, mandated its Committee on Public Account to conduct a thorough… Read Full Story

The buyers and how they feel

Ekiti APC crisis: There will always be need for reconciliation —ex-dep Gov, Adelabu