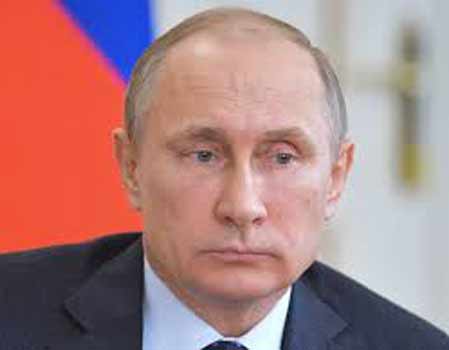 HACKERS backed by the Russian state are trying to steal COVID-19 vaccine and treatment research from academic and pharmaceutical institutions around the world, Britain’s National Cyber Security Centre (NCSC) said on Thursday. According to Reuters, a coordinated statement from Britain, the United States and Canada attributed the attacks to group APT29, also known as ‘Cozy Bear’, which they said was almost certainly operating as part of Russian intelligence services.

In a separate announcement, Britain also accused “Russian actors” of trying to interfere in its 2019 election by trying to spread leaked documents online. Russia’s foreign ministry said those accusations were “foggy and contradictory”. Britain is expected to publish a long-delayed report into Russian influence in British politics next week.

British foreign minister Dominic Raab said it was “completely unacceptable” for Russian intelligence services to target work on the pandemic. “While others pursue their selfish interests with reckless behaviour, the UK and its allies are getting on with the hard work of finding a vaccine and protecting global health,” he said in a statement. He said Britain would work with allies to hold perpetrators to account.

The NCSC said the group’s attacks were continuing and used a variety of tools and techniques, including spearphishing and custom malware.  “APT29 is likely to continue to target organisations involved in COVID-19 vaccine research and development, as they seek to answer additional intelligence questions relating to the pandemic,” the NCSC statement said.

Canadian authorities said the attacks were hindering response efforts and that risks to health organisations were elevated. Canada’s signals intelligence and cyber threat centre advised institutions to take action to protect themselves. Britain and the United States said in May that networks of hackers were targeting national and international organisations responding to the pandemic. But such attacks have not previously been explicitly connected to the  Russian state.

South-West States Declare Readiness For 2020 WASSCE
Commissioners of education of the six South-West states of the country have expressed readiness to sit their respective Senior Secondary School three (SSS3) students for the 2020 West African Senior School Certificate Examination… Read Full Story
No WASSCE For Nigerian Students Now, FG Insists
The Federal Government, on Wednesday, insisted that its decision not to allow the reopening of schools because of the coronavirus pandemic remains unchanged as it maintains that it is not confident about the safety of students at this time… Read Full Story
You Are Making Southern Kaduna Unsafe For Development – El-Rufai
Governor Nasir el-Rufai of Kaduna State has charged the people of Southern Kaduna to be united as the crisis in the area is portraying the place as unsafe for development and investment… Read Full Story
UPDATE: Twitter Accounts Of Obama, Bill Gates, Biden, Apple, Others Hacked By Bitcoin Scammers
The Twitter accounts of some of the US most prominent political and business leaders, from Barack Obama and Joe Biden to Bill Gates and Warren Buffett, were hacked Wednesday afternoon in an apparent effort to promote a Bitcoin scam, Bloomberg reports… Read Full Story