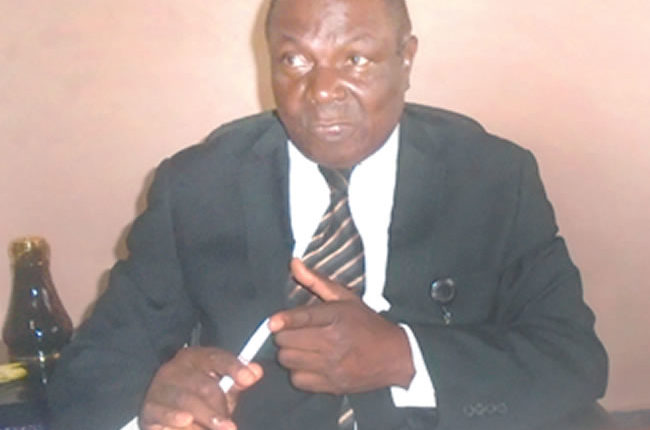 Professor Solomon Adebola is the vice chancellor of Adeleke University, Ede, Osun State. In this interview, he discusses with LAOLU HAROLDS some of the uniqueness of the institution, and plans to position it as a centre of excellence in some specific fields of study.

TELL us a bit about what you hope to achieve during your tenure as vice chancellor?

We are building on the foundation laid by Professor Ekundayo Alao (immediate past vice chancellor), humanly speaking. When we came on board then (he was the arrowhead and I was the next person then), we had only a few programmes in the school. And there was massive expansion based on what was available and what he left behind. From about 16 undergraduate programmes, we had about 29 eventually by the time he left; from zero postgraduate, we had almost 38, and went to as far as 40 already. What we are doing now as a team is to build on that. My intention now is not to begin to expand laterally (expanding undergraduate programmes); we might want to expand vertically (building on postgraduate programmes existing. However, I have in mind what I call three-point agenda: Godliness, firmness and fairness in all we do. The university is built on God’s intention. If you know the man who built this school, Dr Deji Adeleke, it’s not the money he’s looking for; certainly not. Not a kobo goes to him even now; but to impact community based on what he believes God has given him. That’s why I said the issue of godliness comes into play. Firmness in terms of the rule of law must take place. Society now in this country is decadent; from the high to the low. All you hear is corruption, corruption, corruption. These people have PhD.; some are professors, some are senators, but the mind of development and firmness is not there because there is no sanction on what they did. We want to change that entirely. We’ll appreciate you when you do well, but if you do wrong, you’ll be sanctioned. Then, fairness in terms of having a human heart. For the students who are our primary focus here, we have what we call a holistic education; to develop the whole man. A holistic education will take into account the development of the heart, the head and the hand. For every student going through here, it’s not just what he has read, but he learns something on his own and goes out and establish jobs, rather than being a job seeker. Above all, we make sure we impact on the community. No matter how good the school it, if you’re not felt by the community, you’re useless. About a month ago, there was a press conference here where we showcased our development on the COVID-19 vaccine. And that is the first by any university in this country. We have gone very far. Our researchers have done very well, in collaboration with the vice chancellor of the Precious Cornerstone University, Ibadan, Professor Oloke; they are doing a very good job.

There is a team of experts involved in the COVID-19 research, which Dr Kolawole of the Department of Microbiology is part of. Is the NUC carried along in what you’re doing?

What we did that time was just to say this is how far we have gone, and this is our final goal. We’ve not got to our final goal yet. So, we’ve not told NUC officially or the World Health Organisation. However, they got to know what we are doing and called us; and we explained to them. They even called Professor Oloke to Abuja, and he explained. What we are doing is showcasing not the final product, but it’s an ongoing process. And the major issue then was the issue of financing, because it’s very expensive. We had spent about N10 million at that point in time and we are requiring almost N200 million before we can say we have finished this. NUC is aware of it, informally.

Adeleke University is not seen as a faith-based institution – many people don’t see you that way anyway; but you’ve been criticized a lot about your strictness on certain regulations having to do with religion. How much freedom do your students (and possibly, staff who are not Christians) have on the campus?

‘Faith-based’ means a particular focus on a particular way of life that students must go along. When this school started about 12 years ago, it was started by a founder who is a strong Seventh Day Adventist. The school is not owned by a ‘church’ per se, but it’s faith-based because it’s owned by someone is who is strongly faith-based. And he said in running my school, this is the way I want it to go. If you know Babcock University, Ilishan very well, if you know their platform for organization, it’s about the same template here. So, Adeleke University is not necessarily owned by a church but owned by a strong Adventist Christian. How flexible are we? I think we are fair enough. I can cite a few cases. Like any faith-based school, we – staff and students – have our days of worship. I have my own bible here. Each time I come in the morning, I go through a passage. It guides me. If I was a Muslim I’d have the Quran. But we’re liberal enough to allow even non-Christians to head critical areas. A very key faculty dean here is a strong practising Muslim. She wears hijab; we have nothing against it, and we are happy with her because she does her job well. For the students, normally, we all worship and observe the devotion…

Yes, everybody must key into it. That’s why when they come, they sign (irrespective of religion) and say I will abide by these rules; and these rules include worshipping when it’s time for worship. If we begin to excuse anybody, we would have lost touch entirely. We’re not converting anybody. Even on Fridays, there are three big (Toyota) Coaster buses there. We take our students to the mosque at our own expense. We take them there and bring them back. And when they come back, there are allowed to worship and pray in their rooms. Many of them who are here, strong Muslims, are on full scholarship; they don’t pay a kobo. When we give scholarship, we don’t care about your religion. As a faith-based institution, if we say these are our rules, I think it is correct. But we are careful about what Islam would not like; for example, the food. What they would not like, like pork, we don’t serve here. Luckily, in our own religion also, we won’t serve it.

The outbreak of COVID-19 and the consequent forced reduction in physical human interaction has redefined how a lot of things are done. What will you do differently here, post-COVID, by way of delivery of educational materials?

We’re going digitalized in many ways now. What you cannot do from home is drive your car. You can’t see a pilot that says I’m working from home. It’s not possible, but I can teach from home. Students are not here now physically, to ensure physical distancing, but we have not lost a day or one unit of teaching since this thing started. Even the examination that we did (we’re still on exams, we’ll finish very soon), we had to think; how do we conduct the exam and students don’t cheat? We had to go back to the drawing board and find a way, a computer software that we can use, so that as students do the exam, wherever they may be, you can see them from here. Our software is such that if he shakes his head, it will show it and shut down the system entirely. These are things we are doing, and I am saying COVID is defining a new feature for the world. It’s likely education in the next five years will not be physical as we are currently doing, such that many students may not be physically on the campus, but virtually on the campus. So, I see us in the next three years in this university also establishing and consolidating on that aspect of online teaching, without losing quality. What we are looking at is that in the next few years, hopefully, some will still be in the school physically for those doing things that are human-based – laboratory, biochemistry, nursing, engineering, and so on that you can’t do from far away; but things we can teach without having the students on campus, we are going to build on that eventually.

Some universities are noted for certain programmes. What area of knowledge are you positioning Adeleke University to have a niche in?

I was in Kenya last year for a conference and they asked me ‘what is your area of strength?’ We’re still young; very young in the sense that we are barely nine years. However, we’re positioning ourselves for strength in areas that include Law, Nursing, Microbiology and Computer Science – Law because of the legalistic nature of the country, nursing because of the impact on health. We’re starting a medical school very soon, by God’s grace; so nursing is part of it. We’re emphasizing that very strongly. For the microbiology, if you notice, the vaccine we’re doing is from that department, and it’s a very strong department. We’re thinking of these four areas, to strengthen them as areas of excellence in the university, without belittling any other area.