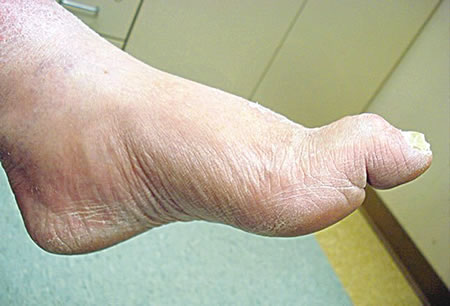 I have been having this very terrible skin disease for the past two years. The skin disease which only affects my legs, is called NARUN in Yoruba. It leaves black spots on my legs and has so much disfigured my legs that I am ashamed of going out with my friends. Kindly let me know the name of the disease and the.

The English name for NARUN is Onchocerciasis. This is a parasitic tropical disease that affects the skin and eyes. The disease is spread by repeated bites from infected black flies. It’s most common in those who live in remote African villages. People who travel and volunteer in these areas are also at risk. It is also called river blindness as the blackfly that transmits the disease lives and breeds near fast-flowing rivers. Symptoms include skin changes, itching, nodules, and alterations in vision. Symptoms may not appear for months to years. Onchocerciasis is diagnosed by finding the parasites in skin nodules, skin biopsies, or skin scrapings. Symptoms often don’t appear for up to one to two years after infection. Skin nodules and itching may develop. Eye infections can lead to vision changes and blindness. Medication can kill the parasites. The treatment is a popular antiparasitic drug which is usually given once or twice a year for about 10-15 years. The drug is available free of charge in many government hospitals in Nigeria. There are currently no vaccines or drugs that prevent onchocerciasis. Avoiding areas where blackflies are endemic and the use of personal protection items (clothing, insect repellents) reduce the chance of infection. The earlier that onchocerciasis is diagnosed and treated, usually the better is the prognosis.