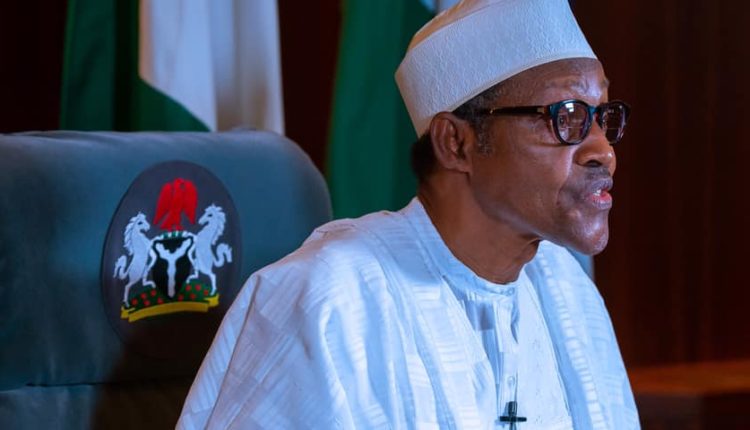 PRESIDENT Muhammadu Buhari has said that he will be obeying the directive of the Sultan of Sokoto, Alhaji Muhammad Sa’ad Abubakar that all Muslims in the country should observe Eid-el-Fitr prayers at home.

He also asked politicians, religious leaders, top government officials and children not to visit him during the celebration so as not to spread COVID-19.

According to a statement issued by his Senior Special Assistant on Media and Publicity, Garba Shehu, in Abuja on Friday, the decisions were  in compliance with the protocols of social distancing to check the spread of COVID-19 in the country.

The statement reads: “With the Eid-el-Fitr celebrations around the corner and the month-long Ramadan fast coming to an end, President Muhammadu Buhari will be conducting his Eid prayers with his family at home.

“This is in observance of the lockdown measures in the Federal Capital Territory, Abuja, put in place to save lives and protect people from all dangers.

“This is also in line with the directive of the Sultan of Sokoto and President General of the Jama’atu Nasril Islam (JNI), Alhaji Sa’ad Abubakar III suspending Eid congregational prayers across the country as well as the protocol against mass gathering issued by the Presidential Task Force on COVID-19.

“Further to this, the president who has traditionally shared the joyous moment with top government officials, political leaders, community heads, Muslim and Christian leaders and children, will not be receiving homage in a bid to stop the coronavirus from further spreading.”

Also, the Inspector-General of Police, Mohammed Adamu, felicitated the Muslim ummah in the country on this year’s Eid-el-Fitr.

In a statement made available to newsmen in Abuja by the Force Public Relations Officer, Frank Mba, a Deputy Commissioner of Police, the IGP noted that the conclusion of Ramadan, a period of self-denial geared towards attaining wholesomeness, reinforced his belief that with the citizens’ collective perseverance and voluntary compliance with the prevention regulations emplaced by governments at all levels, the nation would overcome the COVID-19 pandemic.

The police boss, however, reminded the citizens that the COVID-19 prevention regulation orders, including the inter-state movement restriction, national curfew and prohibition of mass socio-religious gatherings by the Federal Government in Lagos, Ogun and Kano states as well as the Federal Capital Territory (FCT), and restrictions by governments in some states of the federation were still in force.

He therefore implored the citizens to observe the Eid celebrations bearing in mind the unusual times occasioned by the outbreak of the COVID-19 pandemic as the force would leave no stone unturned towards the enforcement of the orders.

The IGP assured the nation of adequate security during and after the celebrations, noting that proactive and robust anti-crime measures, including deployments of tactical and intelligence assets of the force were already in place to prevent any untoward incidents in the country.

THE Sultan of Sokoto, has also told district heads in Sokoto State to ensure that Eid-el-Fitr prayers are held only at Juma’at mosques in their domains as against the normal praying ground.

This is contained in a statement signed by the chairman of the Advisory Committee on Religious Affairs, Sultanate Council, Professor Sambo Junaidu, where the Sultan also directed the district heads, village heads and Imams of Juma’at mosques to lead the Eid prayers in their respective mosques, while Eid fields should remain closed.

Abubakar said the directive was to enable the people maintain the social distancing measure advised by professionals in order to curtail the spread of the coronavirus pandemic in the state.

“Moreover, there should be no gathering or traditional celebration during the period, as such, people should remain at their respective residences to celebrate,” he said.

Sultan Abubakar late on Friday confirmed that this year’s Ramadan will end today, as moon for the new month was not sighted on Friday.

According to a statement signed by the chairman of the Advisory Committee on Religious Affairs, Sultanate Council, Sokoto, Professor Sambo Wali Junaidu, the council and the National Moon Sighting Committee did not receive any report from the various moon sighting committees across the country on Friday.

“His Eminence, Alhaji Sa’ad Abubakar, the Sultan of Sokoto and President General, Nigerian Supreme Council for Islamic Affairs (NSCIA), has accepted the report and accordingly declared tomorrow, Sunday, 24 May, 2020, as the first day of Shawwal 1441AH.