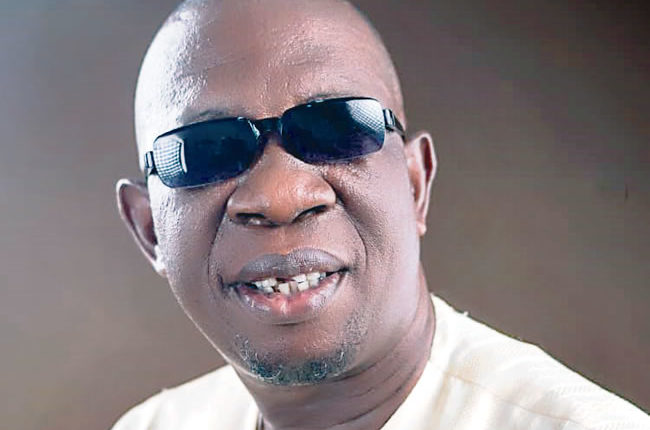 As the National Delegates Conference (NDC) of Nigeria Union of Local Government Employees (NULGE) commences today in Lagos and climaxes with the election of its National President tomorrow (Wednesday), the leading candidate and current National Treasurer of the Union, Comrade Ambali Akeem Olatunji, from Ogun State, speaks on his plans for NULGE, and promises to take off from the high and prominent height the late President, Ibrahim Khaleel had put the union, build on his legacy by growing NULGE to become employer of labour and economic giant within the comity of industrial unions. Labour Editor, SOJI-EZE FAGBEMI, gives the excerpts.

Khaleel successor must be vast in act of unionism, experienced and trusted

Let me first pray for my wonderful and compassionate leader, Comrade Ibrahim Khaleel. He has taken the Union to another level and NULGE has become a very prominent Union and very strong, especially in the campaign for emancipation of workers. A worthy successor to Khaleel must be somebody who is vast in unionism, who is experienced, who is tested and trusted; somebody who can build on his legacy and continue the good work he has done. It is evident that among his lieutenants, I am about the closest person to him, as a member of the Board of Trustees, a national treasurer who also worked closely with him, who understands the way he feels and his passion for local government service. Even before he died, he mooted the idea that I am a worthy successor and I am competent to take over from him.

For us, we would strive hard to complete the good work of Khaleel by removing the quagmire in the process of concluding the review of the scheme of service. Incidentally, before he died, he initiated the reconciliatory move which I headed. We have met the people that are aggrieved, that is the Primary Health Care Coordinators. We held a meeting in Lagos, and we are at the verge of completing the process and signing an MoU to ask them to withdraw their case in court before my late wonderful boss passed on. So, we are going to build on that, we are going to complete that if elected successfully come January 6. That will be our first assignment.

Review of scheme of service of NULGE career officers

We are also going to review the scheme of service of career officers of the Union. We would ensure that there is proper caderization and also ensure that there is professionalism in their cadre too. As soon as we are attending to that of local government workers who are the owners of the Union, my principal, we would also try to do that to our own workers as a way of motivating them to better performance.

Vanguard of campaign for youth employment in Nigeria

Nigeria is sitting on a time bomb and our Union is going to be at the vanguard of campaigning for gainful employment to our youth in the country. Our belief is that government cannot provide employment for all but government can create an enabling environment and also look at the social security policy, create a social security scheme, having a social security legislation that will take care of those who are unemployed, those who lost their jobs, the aged, and those who are vulnerable in the society. I am a social worker, it is within my profession to do that and I will bring in the professional expertise to ensure we develop a policy framework that would be sold to the government.

NULGE is going to participate actively in ensuring that the larger committee of the industrial union would be workers driven, workers centered and workers delivered in terms of policies and programmes. Many states are having problems with non-conformity with Minimum Wage Law, some states have not paid after so many years. So, for us in NULGE, we are going to also be one of the lead voices that will agitate seriously for the actualization of minimum wage payment across the board.

NULGE would also ensure that we look at minimum pension review in Nigeria. That is a novel idea because anytime they review salary, nobody talks about those retirees. So, for us we are going to participate in ensuring that NULGE also start mobilizing Nigerian workers to see as very important and germane the life after service by retirees. Some pensioners are still earning as low as N3,000 per month in this challenging economy in Nigeria. That is unheard of, it is uncalled for and that is wicked.

Reduction in size of governance in Nigeria

Also, we are going to canvass for the reduction in the size of governance in Nigeria. When you have a routine of faces in the name of aides that are not doing anything but just to provide jobs for the boys, it will not be ideal for the system. We shall voice against that so that we will live within the available resources. If the Nigeria government cuts down wastages and excesses in the system, we will be able to run a government that would deliver and make Nigerians proud of having a democratic government.

Whenever there is abuse at the workplace, we would speak loud against it. In our regime, we are also looking at ensuring that we have women and youth engagement, involvement and participation. Among all the contestants, we are the only ones that have a direct policy plan for youth engagement of NULGE and women involvement.

Our major priority and selling point is that there must be a paradigm shift, living from hand to mouth, relying heavily on check-off dues. We want to grow from this to become an employer of labour and an economic giant within the comity of industrial unions. We are looking at creating a company that will be called NULGE Investment Company, that will look at the issue of hospitality, invest in that sector, create NULGE Guest House, and also be involved in NULGE Transport Scheme. Our thinking is that within the first 100 days, relying heavily on God’s promises and support, we would be able to run the first fleet of Transport Scheme for NULGE. We are also going to make it a matter of priority that within 30 days in office, we are going to visit our brothers and sisters who have been displaced in the North East, the internally displaced people who are members of our union. We are going to give them succour by providing some essential materials to support them with the donation of cash and gift materials. That will mark our first 30 days in office, and we want to mark the first 100 days in office with the launching of NULGE Mass Transport Scheme.

We are going to collaborate with some states and local governments to ensure that we secure landed property for a housing scheme for local government workers across the board. We are also bringing in the issue of NULGE Annual Week celebration. This will be used to deliberately draw focus and attention to the plight of local government workers and the dwindling fortune of the third tier of government in Nigeria. We would organize a colloquium, veteran night, and awards for members of our union who have participated patriotically, faithfully and loyally. These are part of the scheme that we have in place if God put us at the helm of affairs.

NULGE is one of the oldest trade unions in the country, with an abundant history of successes behind it. To this end, we would need to document some of the historical activities and keep for generations to come. We would, therefore, establish what is called NULGE Museum to house all our artifacts; and historical monuments of our unions and past leaders.