A close ally of President Donald Trump and the United States Attorney General, William Barr, has resigned his appointment after holding a meeting with the president.

In a letter of resignation signed by him, Barr said he was leaving after four years, thanking Trump for allowing him to serve the country in the capacity. 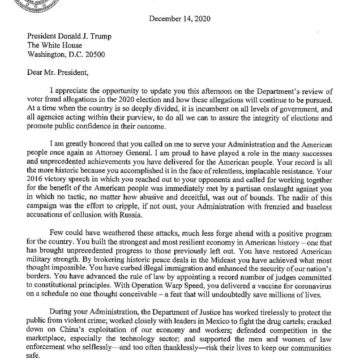 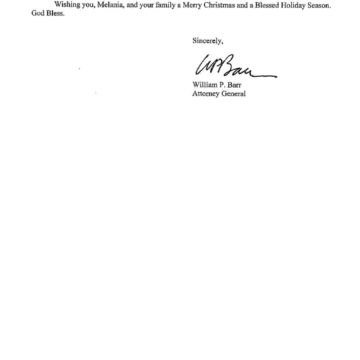 Confirming the resignation, President Trump said he got the letter during the meeting with the Attorney General, saying he wished Barr well in his future endeavours.

Trump tweeted in his Twitter handle: “Just had a very nice meeting with Attorney General Bill Barr at the White House. Our relationship has been a very good one, he has done an outstanding job!

(Buhari’s speech): Elections conducted in the past two years have shown high…

(Buhari’s broadcast): Our poverty alleviation intervention to Nigerians through…

(Buhari’s broadcast): We have improved our health facilities, especially during…

(Buhari’s broadcast): My story in Nigeria’s history is no longer secret,…