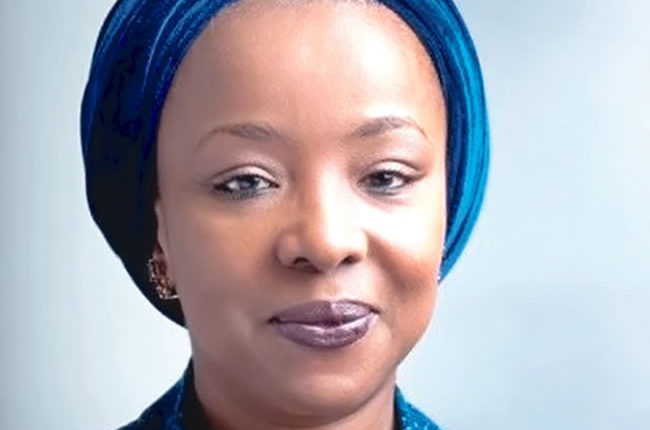 The Minister of state who said this when she paid a working visit to the NBMA, noted that since inception of the Agency, it has achieved a lot by putting in place appropriate measures to protect human health and the environment from the potential harmful impact of modern Biotechnology products.

The minister said the NBMA is very significant in the efforts of the federal government to ensure sustainable development in the country.

“The world we live now demands an Agency like NBMA as transboundary movement of organisms need to be checked in order to nip in the bud any threat of bioterrorism. I think the Agency is doing a great job for all of us. I am quite impressed by what I see today, your trained staff and the state-of-the-art detection and analysis laboratory are pointers that Nigeria is going in the right direction in terms of regulation of modern Biotechnology’’.

The Minister promised to assist the NBMA in meeting its areas of challenges so that staff of the Agency can discharge their duties more efficiently.

The Director General/CEO Dr. Rufus Ebegbe, in a remark appreciated the presence of the Honourable minister and restated commitment to ensure the realization of the mission and vision of the Agency.

Dr Ebegba while giving a presentation on the status of NBMA, talked about the mandate of the Agency, regulatory instruments, concerns, international partnerships, giant strides, regulatory processes, approvals granted, challenges, Biosecurity, among others.

The DG/CEO said the amended act of the Agency included ensuring Biosecurity that is, making sure that Nigerians are protected from harmful Biological Agents which the current COVID19 pandemic is one.

“The issue of biosecurity is imperative to our nation as there is need to protect Nigerians and the environment from harmful Biological agents, we need to be ready hence the Agency has begun drafting of the National Biosecurity policy which will be presented to the ministry as soon as it is validated by stakeholders”.

“We live in a precarious world today and the need to adequately regulate modern Biotechnology is a step to achieving sustainable growth and development”.

The DG/CEO led the Minister on a tour of the Agency’s Genetic Modification (GM) detection and analysis Laboratory where the Minister commended the modern state of the art equipment.

A past reborn: The Pan African Heritage World Museum and our renaissance