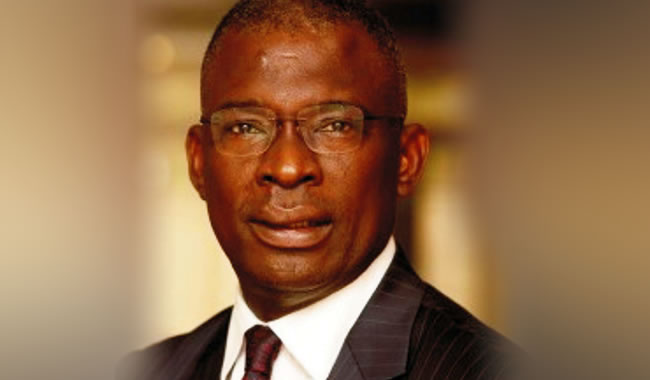 FORMER Lagos State Attorney-General (AG) and Commissioner for Justice, Olasupo Shasore, a Senior Advocate of  Nigeria, at the weekend opened up on the salacious scandal trailing the controversial contract crisis between Nigeria and an offshore Shell company, Process and Industrial Development Limited (P&ID).

The muddled gas contract culminated in an arbitral award against Nigeria for alleged breach of contract. The initial $6.6  billion award made by a London tribunal on January 31, 2017, is now at the $10 billion mark, due to pre and post-judgment interest,  calculated at 7 per cent. In granting Nigeria an opportunity to review the award out of time, a  London court alleged that the lawyer representing the country in the matter at the arbitration paid a $200,000 bribe to two government officials and that the lawyer was Shasore.

In a statement on Saturday pleading his case, Shasore alluded to his patriotism in defending Nigeria literally with bare knuckles but chose to be silent on the bribery allegations against him. In a stunning disclosure, the senior lawyer also alleged that government officials who had hard facts of the disputed contract that could have helped the nation refused to help.

Shasore identified the legal adviser of the Nigeria National Petroleum Corporation (NNPC) as the only official who volunteered to testify.  The same official has been identified in the latest ruling from London as confessing to being paid  $100,000 by Shasore.

The former AG refused to comment on the allegation. “When the then Nigerian officials failed to supply documents or any witness to defend their case, I fought liability by enlisting the support of the legal adviser of NNPC who gave evidence to the best of his knowledge when everyone else with knowledge, refused to do so,” he said.

Shasore also deemed the noise about his $2 million legal fees as much ado about nothing, noting that “much issue has been made about the legal fees paid. This was a payment to two law firms and not exceptional or unusual in the context of such a dispute. In fact, in order to extract the best possible case for Nigeria, it was from these fees that expenses were paid to  ensure attendance at hearings and meetings in the UK by witnesses for Nigeria.”

On the bribery allegations against him, Shasore said, “Though I reserve the right to respond to further falsehoods against me as they are published, I am, however, a truly patriotic Nigerian, and remain willing and committed to assisting  Nigeria in the numerous stages still required to successfully defend this dispute. “My commitment and  professional integrity to always act in the best interest of Nigeria, who has been victimised  by fraud and corruption, remains unshaken.”

Telling the rest of his P&ID odyssey, the former Lagos governorship aspirant was full of praise for himself. “In the last 24  hours, I have been urged to break my deliberate silence about the efforts of the Federal Government of Nigeria to find recourse against the arbitral award procured by P&ID based on a corrupt and fraudulent contract.

“My choice of silence has been the result of my own high sense of responsibility as well as my commitment to professional duty, which I undertook in representing the Federal Government in this case. I am relieved that the corrupt and fraudulent foundation of this case is affirmed in the recent ruling, though I am disappointed that part of the case made for that result was a case against me based on demonstrably false statements, unfounded innuendoes and spiteful personal attacks on my professional conduct and reputation.

“I was instructed in this matter and accepted the instructions on behalf of my firm and to the knowledge of my partners  in late 2012 and I made every effort to defend and vindicate my client at every stage with very few tools and with  minimal support from within the government itself.”

Meanwhile, the Peoples Democratic Party (PDP) has absolved itself of blame over the P&ID saga, saying that pointing fingers at the opposition party by the federal government amounts to clutching onto straws for survival.

Speaking to  Tribune Online on the phone, the PDP National Publicity Secretary, Kola Ologbondiyan, who made the assertion, said an agreement that was not honoured by the government of Nigeria led to the saga.

He alleged that those attempting to lay the blame at the doorsteps of the main opposition party realised that they have failed as an administrator but only struggling to survive.

The PDP spokesman lambasted President Buhari for promising too much and delivering very little, saying that his government is no longer able to deceive Nigerians who, he said, have seen through its deceit.

He admonished the administration to focus on what it could do in the remaining part of its tenure rather than shifting blames. The PDP spokesman affirmed that “If they spoke, my response to them is that they are clutching on straws.

“The man [Buhari] came and promised heaven and earth. At the end of the day when he could not achieve it, he reduced  the promise to three-pronged promises.”

Air Peace announces suspension of flights into Johannesburg, as delayed issuance of…