Latest NewsTop News
By Our reporters On Sep 6, 2020 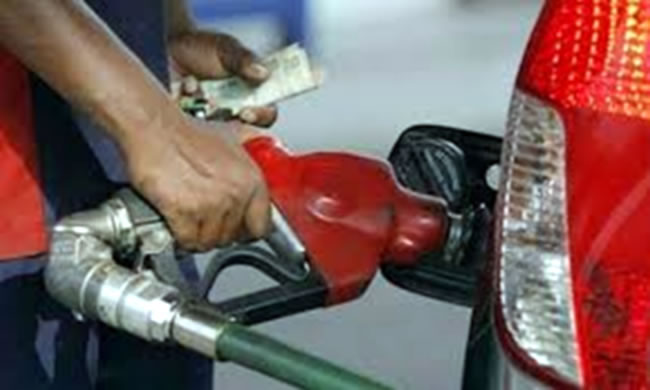 CONDEMNATION of the hike in petroleum products and electricity went notches higher at the weekend as more  Nigerians flayed the decision of the Federal Government to take such a decision not minding the fatal blow dealt the economy by the coronavirus pandemic.

Mrs Agbo said the family will suffer greatly by the increase as it would impact on the revenue of the family which has long been joggled between varied competing needs.

“I know that whenever there is an increase in fuel prices automatically and naturally, the prices of foodstuffs and everything that is sellable and buyable will definitely skyrocket and it will affect the transportation of goods and services from one point to the other.

“I think the poor men and women will feel the pain more, especially as we are faced with the pandemic. Everybody is still struggling to come out of the impact of the pandemic, which is an ordeal in itself. The Iyaloja of Alade Market in  Somolu area of Lagos State, Alhaja Sunmola Abiola, expressed dissatisfaction towards the hike in petroleum price and electricity tariffs.

Sunmola said the action is disheartening as Nigerians would be confronted with another challenge having gone through and still battling with the effects of the coronavirus pandemic. She explained that an increase in the price of fuel and electricity is a consequential increase in the prices of food that Nigerians consume, adding that it is humane.

“I am extremely unhappy about the unfortunate development. The government should not have done that because bringing the price down would have been preferable. “As expensive as it is now to move from point A to the market, it would prevent people from coming to market. Ewedu, for instance, now is very expensive because of the amount involved in bringing the goods down here.

“As a matter of fact, the price of every other thing they sell in the market has gone up as a result of the upward review of  the electricity and fuel prices,” she said. Market leaders and manufacturers in Oyo State have described the decision as worsening the COVID-19 inspired the hardship that they are still grappling with.

Noting that the fuel price the hike will be accompanied by an increase in transport fares to bring goods to the market, the higher  cost of manufacturing products, they tasked census to brace up for the increased price of goods. They pleaded with the  Federal Government to revert to the old prices so as to reduce the suffering on the already distressed populace.

Speaking to Sunday Tribune in an interview, the Iyaloja of Ibadanland, Mrs Iswat Ameringun, said the decision was ill-timed. “Whenever there is an increase in fuel, the transporters increase their fares. We must bear in mind that we have to embark on travels to purchase goods so the cost of transportation will reflect in the cost of goods for sale.

“Within the state, fares have already been increased let alone having to travel. It is not our desire to increase the price of  goods, considering the current hardship faced by people.

Also speaking, vice president, Manufacturers Association of Nigeria (MAN), Oyo/ Osun/Ekiti/Ondo branch, Mr Lanre  Popoola said the consequences of the recent increases will be seen in more Nigerians losing their jobs and more organisations shutting down due to inability to meet their production cost. He described the latest development as double jeopardy, noting that companies were still grappling with the negative effects of operating during a strained  COVID-19 business environment.

Pointing to an increase in the dollar to naira rate, high electricity tariff, increase in the cost of diesel all impacting on the production  cost of companies, Popoola noted that it will continuously be difficult for Nigerian goods to effectively compete with goods coming from countries with lower production cost and more accommodating business environment.

“Government is just killing the dead. We are still in COVID-19 time. People have lost their jobs, factories are not working and you now increase the already high electricity tariff and fuel increase. It is a policy that will have a negative impact on the populace, not only on production,” he said.

A cross-section of the market leaders in the ancient city of Kano, Kano State, has said the recent hike in the fuel price and electricity tariff will only drastically affect the common people while the rich will not feel the impact. Most of those interviewed by Sunday Tribune for comments on the development preferred to speak on anonymity, over the fear of being targets of victimisation.

Some of the markets visited are Abubakar Rimi, Yakwuara, Yankabar, Hothoro, where most traders said: “please, do not  mention our names.” Various associations and groups in Plateau State have described the decision as a callous act on the part of the government.

An official of Plateau State Traders Association, Mallam Shefiu Musa urged the Federal Government to always put the common people into consideration before making any decision that would affect their well-being. “We did not bargain for this. The hardship in this country is becoming unbearable. COVID-19 shattered the plans and projections of many concerning this year.

Now the government has added salt to injury. This government is killing Nigerians gradually. “Though we are yet to increase the prices of commodities in the market, as soon as the policy affects goods, traders will jack up their prices. It is very unfortunate that we find ourselves in this situation,” he said.

Market leaders and those whose businesses demand direct use of petrol and electricity in Delta State have accused the  Federal Government of killing and enslaving Nigerians. Their submission is in respect of the recent hike in the fuel pump price and the increase in electricity tariff. Fielding questions from Sunday Tribune on Saturday, chairman of Spare Parts Dealers, Warri, Comrade Cletus Mordi said the aftereffects of the increases were unbearable amid COVID-19 debacle.

“It is affecting us all. It is affecting foodstuffs, transport fares and we can hardly buy petrol for use again in our shops because of the hike in pump price. “We pay taxes in multiples every day and nothing is coming to us from the government.

“They are killing us the poor masses. This government has failed us. They have only come to enslave Nigerians,” he lamented. Similar lamentation was made by Chinedum Amalili, chairman, Market Men and Women Association in Warri South Local Government Area chapter, who said “It is very unfortunate that the government of today is no longer interested in the feelings of the masses. Market leaders in Sokoto State has called on the Federal Government to urgently reverse the recent increase in the prices of petroleum products and electricity.

Some of the leaders who spoke to Sunday Tribune, at the weekend condemned the action which they said has started taking its toll on their sales. Alhaji Mainasara Rabiu, who sells provisions in the central market said even before the increase in the price of fuel, things were not easy.

“Now with the new price, how do they expect us to survive? I have been sitting down since morning, no one has come here to ask for anything,” he lamented. The new fuel price increase has continued to take its toll on the prices of food items in Ondo State, as most traders groan over skyrocketing prices of foodstuffs.

Most of the traders who spoke to Sunday Tribune attributed the new fuel price to the increase in foodstuff prices,  adding that drivers have been charging exorbitant prices for movement of their goods to markets. Mrs Caroline Ijemba said sales had deteriorated so much that she was considering dumping trading for now.

She said she spent a lot of money moving gaari from the hinterland to market. “I had made the order and paid for the goods before the government unexpectedly increased the fuel. The drivers have been complaining that they cannot transport my goods to Akure with what I am offering them.

“I used to pay N26, 000 before but they are now asking for N35, 000 and I have been pleading with them to take N30,  000. Tell me why this will not affect the price of gaari in the market,” Some business owners in Ekiti State has lamented the increase, saying their businesses would witness a decline.

Mr Tope Bamgbose who owns a barbing salon shop in the state capital, Ado Ekiti noted that his price would be largely affected with the new pump price, lamenting erratic power supply in the area. “You know even before the increase in petrol price per litre, some persons are finding it difficult to pay N500 per hair cut. That tells you that we are in for a very difficult situation.

“Even with poor power supply here, there is an increase now in electricity tariff which means we will pay more for darkness. All I can say is this is a bad decision by the government at this trying time of our country.” Marketmen and women in Kogi State joined in condemning the decision as insensitive and wicked.

Speaking to Sunday Tribune, Hajia Aisha Abubakar, who is the market woman leader at Adankolo market in Lokoja, the state capital, said the increase in fuel pump price and electricity the tariff was poorly timed.

No govt has raped Nigeria like Buhari’s — Labour leaders