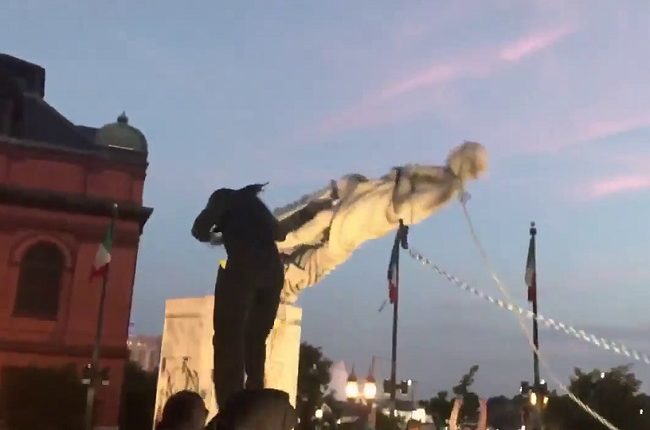 Protesters in Baltimore, near the US capital Washington, pulled down a statue of explorer Christopher Columbus, dragged it to the city’s Inner Harbor and rolled it into the water amid Fourth of July fireworks on Saturday, the Baltimore Sun reported.

The torn-down Columbus statue was part of a “re-examination taking place nationally and globally around some of these monuments and statues that may represent different things to different people,” The Baltimore Sun quoted Lester Davis, a spokesman for Democratic Mayor Bernard Young as saying. 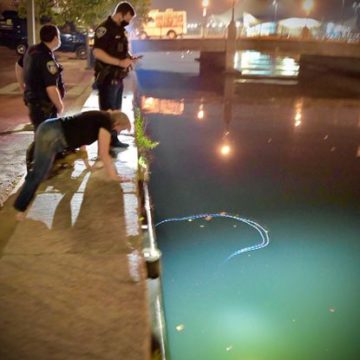 Columbus was one of the first Europeans in the New World and is often referred to as the discoverer of America. Historians and civil rights activists, however, criticize Columbus for enslaving Native Americans.

In a speech in Washington over the weekend, US President Donald Trump said he would fight to protect the American “way of life” that started when Columbus “discovered America.”

“Together we will fight for the American dream and we will defend, to protect and preserve the American way of life, which began in 1492 when Columbus discovered America.

“We will never allow an angry mob to tear down our statues, erase our history, indoctrinate our children or trample on our freedoms,” Trump added.

The death of George Floyd, a black man who died while being pinned down by a white police officer in Minnesota in May, has sparked an intense national conversation about race and discrimination in the US.