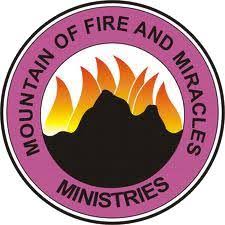 The General Overseer of Mountain of Fire and Miracles Ministries (MFM), Dr Daniel Olukoya, has directed that members to extend the  ongoing 30 Days Prayer Retreat which marks third session.

According to a release signed by the chairman, MFM Media Committee, Pastor Oladele Bank-Olemoh, the members will from Wednesday commence a special prayers programme for July  tagged ‘Power Must Change Hands’.

“The prayer points for the programme will be distributed through our social media platforms.

“We start with praise/ worship songs, then confess Psalms 91 and 46. This is followed by the singing of three choice songs on the blood of Jesus and then the prayers. This should be done daily,” Pastor Bank-Olemoh stated.

It is recalled that the MFM directed its members to embark on a 30-day prayers retreat which ran from Sunday, 22 March, through Monday, April 20. The Ministry distributed a 62-page prayer pamphlet to her  members and prayer lovers alike, within and outside the ministry as the Covid-19 pandemic forced a lockdown of the nation in March.

At the expiration of the first and second rounds of the monthly prayer retreat, Dr Olukoya directed a repeat, making it three, which is still being prayed daily by everyone till today.

Why we are hosting healing crusade in Ibadan — Adetuberu

‘Evangelism institute will continue to reposition clerics on leadership role’