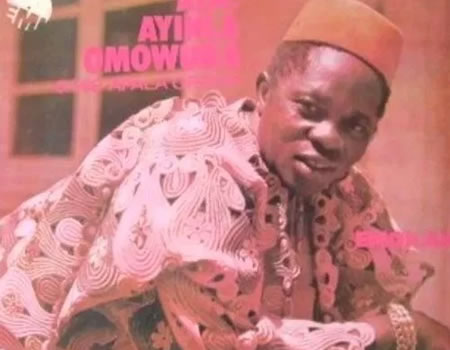 As part of the activities to mark the 40th year anniversary of the exit of Apala icon, Waheed Ayinla popular as Ayinla Omowura, an album entitled ‘Anigilaje has been released in his honour.

Packaged by a professor and radio presenter, Oyetola Oniwide, who is also an Apala enthusiast, Anigilaje is a collaborative effort of popular Fuji singer, Sefiu Alao and Halimat Omowura, Apala singer and daughter of Ayinla Omowura.

Apparently to relive the Omowura feel on the album, the late singer’s band leader and drummer, 95-year old Ramoni Oniluola played the drums for the tracks on the album.

With Sefiu Alao the lead vocalist, the 13-track ‘Anigilaje’ album features tracks such as ‘E je ka f’orin se iranti’ where the late Apala maestro was eulogised for his contribution to the music industry.

The erstwhile governor of Ogun State, Ibikunle Amosun, was honoured on the album for his efforts in renovating the Abeokuta residence of Omowura as a track ‘Amosun se bebe’ was dedicated to him.

COVID-19: The Church and the new order

Romance with Tega was all part of the show, Boma says