COVID-19: Why govs, others are more at risk —Medical experts

•Claim many Nigerians get infected daily but unreported 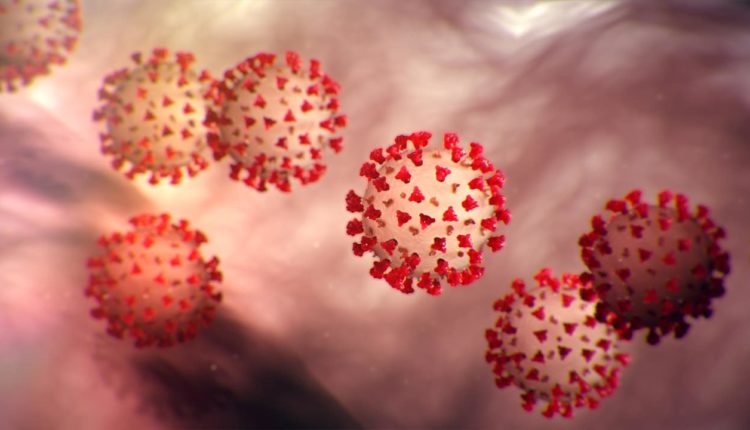 MEDICAL experts have spoken on factors that are capable of putting governors and other key political leaders on the first line of the coronavirus pandemic in more danger. They, however, dispelled as untrue the notion that the incidence of COVID-19 is higher among political office holders or health workers as many people assume.

They spoke against the backdrop of recent disclosure by governors who tested positive for the virus that they, as well as some of their family members and aides, were infected. The development is also coming as the World Health Organisation (WHO), at the weekend, warned about a possible spike in cases that are likely to follow the decision of  African countries, Nigeria inclusive, to reopen the economy and recommence flight operations.

According to Director-General, Nigerian Institute for Medical Research, Yaba, Lagos, Professor Babatunde Salako, it may look like the political leaders are the most affected, “but that is not the situation. It is not that the number is larger;  it is just because those are the ones the media usually report. There are so many other people in the community that had COVID-19 that the press does not know.

“It is because the press knows them (the political figures) and they too seem to be enjoying the popularity and fame that  comes with ‘I tested positive for COVID-19.’ What politicians need to do Also speaking to Sunday Tribune, a former  Chief Medical Director (CMD), Lagos University Teaching Hospital (LUTH) and public health expert, Professor Akin  Osibogun, stated that the instance among political office holders would go down if kept to specified non-pharmaceutical interventions, including wearing face masks, regular washing of hands and physical distancing and avoiding crowded events and places.

According to him, “They crowd together. If one person has it, it will be easy for others to also contract it. If they don’t use  their face masks and refuse to maintain physical distancing, it is easy for them to catch it.”

Osibogun added that physical distancing would ensure that the droplets would fall on the ground before getting to the next person.

“But if the person is close to the other person, it can easily fall on the person’s face,” he said, adding that face mask is both to protect the wearer from the virus as well as protect other people around from contracting it in case the wearer carries the virus too.

“In fact, if it is possible, they should even avoid supermarkets, except they are sure that the supermarkets are big or are not crowded. They shouldn’t crowd at the pay point either.”

‘The spike, cost of carelessness’ A public health physician and epidemiologist at the LUTH, Professor Bayo Onajole, who also spoke to Sunday Tribune on Saturday, said the rising cases of COVID-19 among political office holders should be expected because they are careless.

According to him, “they tend to attend a lot of political gatherings and meetings where once one is infected, it easily spreads to others and they keep moving across the country at will.

“They attend political gatherings and meetings without putting precautions or safety measures in place and they always  assume that they are immune because of their political relevance or social class; so, they are careless.”

Cajole, a professor of community medicine added that “with COVID-19, you cannot decide who has it or who doesn’t.  So, the more people they come in contact with, the greater the risk of having it.” He added that: “You will discover that  those top political people who have it at one point or the other they had been careless and there was no effective social  distancing and other safety measures.”

Flights resumption: WHO warns African countries In its situation report published on its website at the weekend, the  WHO said: “As African countries begin to reopen borders and air spaces, it is crucial that governments take effective measures to mitigate the risk of a surge in infections due to the resumption of commercial flights and airport operations.

“Many African governments acted swiftly, implementing confinement and travel restrictions in the early days of the pandemic.

In the WHO African Region, 36 countries closed their borders to international travels,  eight suspended flights from countries with high COVID-19 transmission and others had partial or no restrictions.

“So far, Cameroon, Equatorial Guinea, Tanzania and Zambia have resumed commercial flights. The 15-member Economic Community of  West African States (ECOWAS) is expected to open their airspace on 21 July.

“While open borders are vital for the free flow of goods and people, initial analysis by WHO found that lockdown along with public health measures reduced the spread of COVID-19. Even with border restrictions, imported cases have sometimes brought back COVID-19 to countries which had not reported cases for a length of time. For example, Seychelles had not had a locally  transmitted case since 6 April, but in the last week, 66 new cases – all crew members  of  an international fishing vessel – have been recorded.”