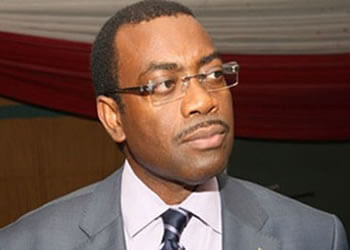 AFTER the Ethics Committee of the African Development Bank (AfDB) had returned a ‘not guilty’ verdict on the bank’s president, Dr. Akinwumi Adesina, who had been accused by a group of whistleblowers of approving certain appointments and contracts that were in breach of the financial institution’s statutory and ethical rules, the United States’ Treasury Secretary, Steven Mnuchin, rejected the planned exoneration of the bank’s president by the board and called for an independent investigation into the allegations. Mr. Mnuchin wrote: “We fear that the wholesale dismissal of all allegations without appropriate investigation will tarnish the reputation of this institution as one that does not uphold high standards of ethics and governance. Therefore, the United States cannot support dismissing the allegations at this stage.”

Although Adesina, in his response, insisted on his innocence of all the allegations, we acknowledge that as a shareholder, the United States reserves the right to raise an eyebrow if it felt the president was culpable in the allegations and that the process of investigation was skewed in his favour. In conceding this right to the USA, the bank’s board of governors, the body with the final authority concerning whether to act or not on any allegation of a breach by the president of the bank of the provisions of the code of conduct, approved an independent investigation into the governance allegations against Adesina.

For Adesina, who in April 2019 was listed among the 100 most reputable people in the world by Reputation Poll International, the allegations and the American position must have had the semblance of a horrific twist of fate, especially after his endorsement by both the African Union (AU) and the Economic Community of West African States (ECOWAS), which cleared the way for his emergence as the sole candidate for the bank’s election slated for August.

By our reckoning, Dr. Adesina has acquitted himself creditably in the management of the continental financial institution and won the confidence of majority of the bank’s shareholders. This is evident in the enthusiasm demonstrated by the shareholders in raising its capital last year by an unprecedented 125 per cent, moving it from $93billion to $208billion. Adesina has also promoted food security in Africa through agricultural innovations, while demonstrating unparalleled commitment to poverty reduction and electricity generation on the continent. His strides have not gone unnoticed. In 2017, he was awarded the World Food Prize and the Gene White Lifetime Achievement Award for Child Nutrition.  In 2019, he won the Sunhak Peace Prize for his achievements in promoting food security in Africa.

However, in spite of his sterling and glittering accomplishments as AfDB president, if Dr. Adesina ran afoul of the bank’s code of conduct in the discharge of his duties, the law should take its course and he should be made to face the consequences. But if the rationale for the USA’s insistence on having an independent investigation is to browbeat Adesina out of the presidential contest to pave way for the installation of a puppet who will dance to its macabre beats and whittle down the power of the AfDB, turning it into a spineless institution, all African leaders as well as development partners must rise to resist it. A continental institution cannot be subjected to the whims and caprices of just one out of many shareholders.

This move by the United States may be an attempt to test the resolve of other shareholders and see how far it can get with bullying. If it is allowed to get away with this, it may mark the end of an African financial institution whose primary concern is working for the development of the continent and its peoples.