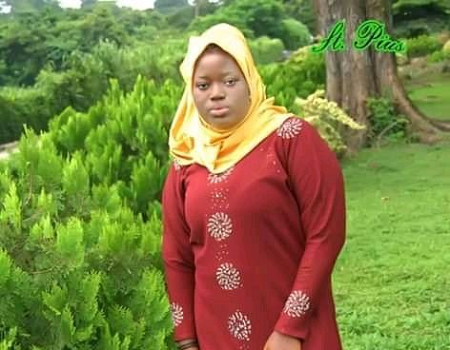 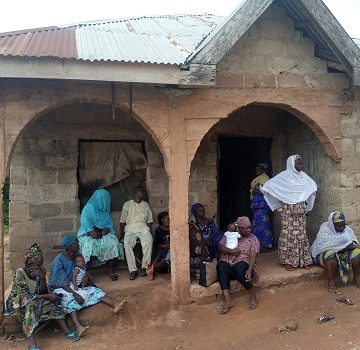 Mrs Bello had returned on Monday evening to see her daughter lying in the pool of her own blood at the backyard of their home. Her 19-year old daughter had said to have been allegedly raped and killed by suspected thieves who invaded their Oloro home in Akinyele Local Government Area.

Barakat, a student of the Institute of Agriculture, Research and Training, Ibadan, was said to have been returning home from where she went to fetch water to take her bath only to meet suspected thieves inside their house. But before she could cry out for help, the suspected thieves reportedly held her and later killed her.

Barakat’s younger brother, Abdulazeez, who returned from Quranic lessons, was first to see her elder sister dead. For several times, nine years old Abdulazeez had called his sister but got no response.

Curious about not getting a response, Abdulazeez went to the backyard only to see that his sister had been murdered. Aghast, Abdulazeez ran out, shouting for help from neighbours. “I saw my sister with machete cuts on her head. I touched my aunty asking her to wake up to ask her to allow us to run away but she was dead. I did not see the persons that killed my sister. They were gone before I arrived,” Abdulazeez Bello said.

Barakat’s father, Mr Kazeem Bello, who is a commercial cab (Micra) operator, had received a distress call from his wife to immediately return home. It was clear that something was amiss when Mr Bello arrived to meet people with mournful looks at the entrance to his house.

He was also led to the backyard of his house to behold that his daughter had been killed. “They have murdered her. What more can we do since she has been killed? We have buried her,” Bello told Tribune Online.

He, however, said he went to make an official report to the police on Wednesday.

Sympathisers were seen asking that the police find the culprits behind the killing of Barakat. The killers of Barakat were said to have also carted away with some motor parts, scraps.

“We want the government to help find the culprits that raped and murdered my sister,” Barakat’s uncle, Mr Yakubu Atilola requested.

Noting instances of rape of young persons and other crimes, Atilola urged government and security agencies to rise against the threat to life of Akinyele community dwellers.

He particularly urged the police not sweep the Barakat case under the carpet.

Narrating how he got to know about the incident, Atilola said, “I got the call on Monday night that she had been murdered in her father’s house.

“I visited the scene and saw bloodstain on the floor. It was reported that she went to fetch water to take her bath. I think they came here to rob her father who is a cab driver. They carted away motor parts.

“She was returning from where she went to fetch water and probably they felt she could identify them, she was dragged to the backyard where she was raped and killed. There were bloodstains on the floor.

“Barakat is gone and we are now concerned about saving the lives of others in the community. This rape cases on students and young ones are alarming. We want the government to rise against rape,” Atilola said.

Fadeyi, however, bemoaned that the family only reported the incident two days after and immediately buried Barakat without allowing the police to carry out postmortem examination to ascertain the actual cause of the killing.

“We are still working assiduously to clamp down on the hoodlums. I am soliciting on members of the public who have any information on that incident to avail the police.

“It is quite unfortunate that the incident was not reported immediately. I urge the people to report incidents immediately they happen so that perhaps the hoodlums may be lurking around.

“It is quite unfortunate that the parents, being a Muslim, religiously went to bury the poor girl instead of allowing the police take charge of the corpse and take her to the mortuary for autopsy, postmortem examination.

“This would enable us to be able to ascertain the cause of the death and if actually the rape that has been widely circulated was actually carried out. Even the family came to meet her in the pool of her blood,” Fadeyi said.

You have no right to disconnect customers without written notice, court tells IBEDC