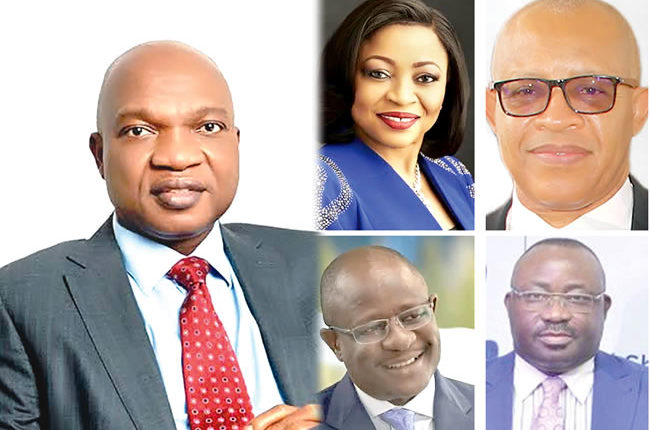 Leaders exist primarily to solve problems. A leader’s relevance is directly proportional to the quality of the problems he solves. Chief Obafemi Awolowo is held in high esteem in Nigeria because he solved major problems in the various leadership positions he occupied. As Premier of the defunct Western Region, he solved the problem of illiteracy in the region currently comprising eight states. He also solved the problem of poor health and poor wages in the region. At the national level, he managed Nigeria’s resources so well that despite fighting a 30-month war, the economy was still buoyant. This unique ability to proffer solutions to problems made him tower above his peers and despite his transition over three decades ago, he still remains the reference point for good governance and creative leadership in the country.

A problem is a situation that defies obvious solution. If the solution to the issue is obvious, it would not be a problem; at best it would be referred to as a difficulty which could be sorted with a measure of dexterity.

However, sometimes problems appear unsolvable due to wrong handling by leaders. Why problems linger

Some problems wear the toga of intractability for a number of reasons.

No leader can solve a problem he does not own. Owning a problem is not synonymous to admitting to creating it but accepting the responsibility for fixing it. Owning a problem is taking up the responsibility to find solution to it. When a leader accepts the responsibility for solving a problem, he sees it as a personal challenge and thinks out of the box to get a solution for it. But rather than do this, some leaders engage in finger-pointing. They are always on the lookout for a fall guy, someone to blame for the problem. The tragedy of this strategy is that for as long as the leader can get someone to blame for why a problem does not get solved, he is not fully inspired to solve it. Since he does not own the problem, he fails to see the urgency in finding a solution to it.

Sometimes when leaders don’t blame others for a problem, they condemn themselves for being its cause. Self condemnation is as counterproductive as blaming others. Condemning oneself for what went wrong numbs the brain and bars it from generating new ideas that can solve the problem. When a leader takes some steps that lead his organization into a quandary, rather than wallow in self-condemnation, the best thing to do is to admit the mistake and take responsibility for correcting it. Once the leader takes responsibility for righting what went wrong, in no time, ideas for turning around the situation begin to manifest.

Another factor that makes problems linger is an attempt by leaders to rationalize the problems. When leaders rationalize a problem, they deliberately try to play it down. When that happens, the message that is pushed across is that the status quo is preferred. This enervates the desire to have something different. So, rather than work hard to solve the problem and emplace a new order, the organization keeps going round in circles.

Leaders who rationalize problems usually compare their organizations with those whose performance is worse than theirs. That creates a sense of complacency and, consequently, the impetus to do something about the situation being faced gets bowed down.

Recently, the National Bureau of Statistics (NBS) released the second quarter Gross Domestic Product (GDP) report, showing a decline of –6.10 per cent (year-on-year) in real terms in the second quarter of 2020. This is a pointer to the imminence of Nigeria’s slide into another recession.

In its response to the development, the Federal Government, speaking through Mr Femi Adesina, Special Adviser on Media and Publicity to the President, said the result was not as bad as many people thought because it was better than those of many other countries.

With that, rather than coming up with strategies to arrest the slide of the economy into recession, government officials went into chest-thumping and back-slapping.

To stop a problem from lingering, leaders have to do the following:

Leaders who keep solving problems never entertain the attitude of surrendering to situations. They keep turning problems around until they get the silver lining in the cloudy sky. They have such a healthy dose of self-esteem that they do not believe there is a problem they cannot solve either directly or through people. They believe that if there is anyone who can solve the problem, they are the one. So, they attack the problem with the mindset of not just making an attempt but actually getting it solved.

When Hannibal, the Carthaginian commander who led the Roman Army during the Second Punic War, was going to cross the Alps into Italy, he was told by his Generals that it was impossible to do so. But he responded that “I will either find a way or make one.” And he did. He crossed the Alps into Italy with elephants. His secret was his positive attitude. He had the attitude of a solution provider, hence he was able to find a way out when everyone around him thought it was an impossible mission.

Looking beyond the obvious

Many leaders are unable to solve real problems because they never look beyond the obvious. They keep forgetting that a problem is so called because the solution is not obvious. So, they keep trying what had hitherto been tried and keep coming back to the previous result. Those who hope to solve a particular problem by doing the predictable will always end up with the same situation.

Wisdom dictates that a leader knows the problem he has the capacity to handle and those beyond his ken. A leader does not personally have to solve problems to be a leader. A leader must be able to mobilize resources to get result. So, if a leader does not have the expertise required to solve a problem, he should reach out to others with the needed capacity. That is why a leader must of necessity build a network that he can make use of when the need arises. A leader must connect with others and must not be ashamed to ask for help when occasion demands it.

Newton’s first law of motion states that a body at rest will remain in that state unless an external force acts on it. This means that the problem will not go away until action is taken about it. The essence of having the right attitude, looking beyond the obvious and leveraging others’ capacities is to set off a series of actions that will lead to solving the problem. But the problem will remain as it is until the appropriate actions are taken.  Until actions are taken, nothing changes.

Leaders who do not follow the trodden path usually produce unusual results.

Deal with the waste!