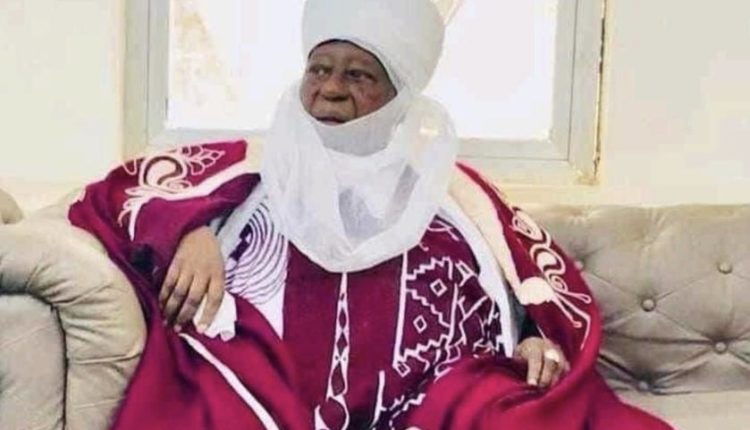 According to him, the late monarch has been battling with an undisclosed ailment for decade until this morning when death snatched him away.

The late monarch is the 18th fulani ruler of the Emirate. He left behind four wives and dozens of children and grand as well as great-grandchildren.

Until his death, he was the chairman of the state council of Traditional rulers.

Source disclosed that the burial of the first class monarch will be done later in the day as the Sultan of Sokoto, Alhaji Muhammad Sa’ad has indicated his desire to attend the burial as well as other traditional rulers.

As at time of the report there is no official statement from the Emirate council or state government.

Today, The Destiny Of Edo State Will Not Be In The Hands Of Politicians
EVERYTHING that has a beginning surely has an end, says an axiom, which is as old as creation. No matter how long a journey is, it terminates at a designed destination. So it is with the contentious, touchy and edgy politicking in the most sapping and snapping gubernatorial race ever witnessed in the history of Edo State and even in that of its forbearers – the Mid-Western region and the defunct Bendel…

Sadism As A Governing Philosophy In Buhari’s Nigeria
Responsible and morally sensitive governments all over the world toil day and night to invent novel ways to make life a little better for their citizens and to assuage the inevitable existential injuries that life episodically inflicts on people.  But not so for the Buhari regime…

Police Keep Mum Over Siege Of Wike’s Hotel
Speaking on his mobile phone, the Rivers State Commissioner for Information, Mr Paulinus Nsirim who confirmed the incident said that he was still trying to figure out the reason for the police action.  Nsirim said: “The police should be the one to give you the reason why my governor’s hotel room was sealed off by the police. All I can say is that his hotel is under siege by a detachment of policemen. I don’t know the reason for the action….

Wike reveals how he discovered Rivers abandoned aircraft in Germany