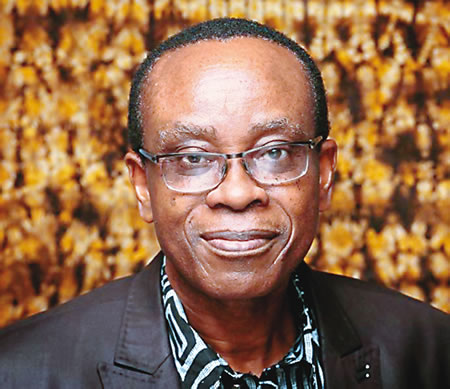 At Health of Mother Earth Foundation (HOMEF)’s dialogue with stakeholders on ‘Our Food System and Food Policy,’ its executive director, Nnimmo Bassey, spoke on the existing food system in Nigeria, the place of small-scale farmers in preventing global hunger, and an anomaly identified in the Plant Variety Protection bill.

What Covid-19 taught us

One of the most important lessons of the COVID-19 pandemic is that life is best preserved when beings live in deference to one other. When species are not displaced from their habitats and when humans are not denied their rights to shelter, food and dignity. Lessons learned in the past one year must include that the quality of our food is key to the assurance of not just our health, but also our socio-economic wellbeing. It has been a time when those that have not touched the soil to plant a seed must be ashamed of their negligence and lack of care about where food comes from.

The restrictions and safety protocols that are part of the response to COVID-19 have included some that have hampered the productivity of our farmers. Think of farmers that could not access their farms or those that had no access to farming inputs. And do not forget the fishers who suffered from the same complications. And the herders too, except for those who camp in forests and whose jobs are only tangentially related to being cowboys. We salute our farmers for their solid adaptive capacities.

Policies with provisions guiding farming and food in our nation have generally not been the most progressive. While the colonial and immediate post-colonial era laid more emphasis on cash cropping for export, the current situation was birthed by two factors: the structural adjustment conditionalities of international financial institutions and the corruption that dependence on income from petroleum resources planted in the nation.

One would expect a nation, nay continent, that has been so dastardly exploited to demand for reparations by way of colonial, ecological or climate debt, but no, our leaders still kowtow to the same temples of exploitation, plead for more loans and sink deeper into the mire of hopeless debt.

The truth that small scale farmers are the ones feeding the world and cooling the planet cannot be over emphasized. The fact that the future of food (for humankind) lies in their hands was a key outcome of a multilateral study titled Agriculture at a Crossroads  issued by the International Assessment of Agricultural Knowledge, Science and Technology for Development

(IAASTD). Today, nations under the pressure of big agribusiness keep a wilfully blind eye to this fact and ignore our small-scale farmers to our collective detriment. The dominant official doctrine is that only industrial agriculture, another name for plantation or colonial agriculture, can feed the world. Rather than promote technologies and innovations that would support and upscale the agroecological techniques employed by our farmers public structures are busy promoting the very systems that entrust power into the hands of a handful of big agribusinesses and ‘philanthrocapitalists.’ This has spawned a system where concerns about safety, sustainability and ethical implications are discarded by the preaching of a catechism that insists only safe GMOs are permitted in Nigeria without telling the people which harmful GMOs have been rejected. This has built a system where our farmers are hooked on chemical fertilizers, pesticides and herbicides that are known to harm soils and overall biodiversity on our farms.

Concerning the support for small-scale farmers, we are impressed by the announcement by the Federal Ministry of Agriculture and Rural Development that it has commenced the training of 1,110 extension agents in 36 states, including the Federal Capital Territory (FCT).  The FAO gives the minimum ration of extension officers to farmers as 1:1000. Sadly, the ratio in Nigeria is about one extension officer to 10,000. Sabo Nanono, the minister of Agriculture and Rural Development, was right when he reportedly said that delivery of agricultural extension is the driver to having practical application of the products of agricultural research.

About the Plant Variety Protection Bill

Recently the National Assembly passed the Plant Variety Protection Bill (2019) by which a Plant Variety Protection Office will be set up in the National Agricultural Seeds Council. According to reports, the Bill was promoted by actors including the Agricultural Transformation in Africa (PIATA), Alliance for the Green Revolution in Africa (AGRA), the Rockefeller Foundation, Bill and Melinda Gates Foundation and USAID.

The Bill’s explanatory memorandum states that it “seeks for the protection of Plant Varieties, to establish a Plant Variety Protection Office for the promotion of increased staple crop productivity for small holder farmers in Nigeria.” This claim is contestable seeing that the Bill actually seeks exclusive rights of investors or inventors to commercialise seeds and other propagating materials as a means of incentivising investments form national and multinational companies. Exclusive rights is another name for patenting. We are totally opposed to the patenting of life. Patenting of life forms is the turf of genetic engineering corporations and the key promoters of the law are all deeply steeped in that sector.

The point is that small scale farmers who actually feed our people are extremely disadvantaged when it comes to supports for food production by a lack of incentives and including by having an abysmal extension agent to farmer ratio. As if that was not bad enough, we now have a Plant Variety Protection bill that does not seek to protect local farmers managed seeds but places seeds firmly in the hands of speculators and promoters of varieties that may erode our biodiversity.

Time for government to act

We strongly believe that this is the time when government should invest massively in supports for small scale farmers by closing the ratio of available extension agents, promoting local seeds varieties, providing storage and processing facilities across the nation, supporting farmers cooperatives and providing infrastructure for ensuring that harvests get to the markets and small-scale farmers earn a decent income from their labour. These are some of the scaffolds for building a food and agricultural system that produces safe, nutritious and culturally appropriate foods for our peoples.