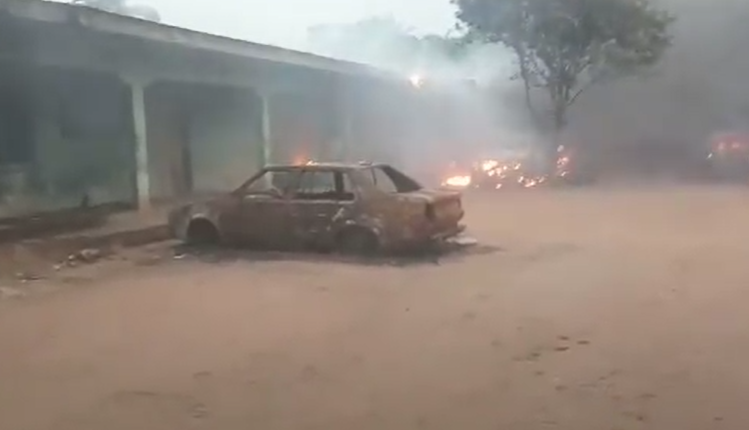 Barely 48 hours after gunmen attacked the Police Command in Imo State, gunmen again razed the police division in Ehime/Mbano in the state, setting some vehicles on fire on Tuesday.

Police spokesman in Imo State, SP Orlando Ikeokwu, confirmed the attack on the police division to the News Agency of Nigeria (NAN).

The attack occurred a few hours after the Vice President, Yemi Osinbajo; the former Inspector General of Police, Mohammed Adamu and other government functionaries visited the state to inspect the attacked facilities.

However, the PPRO said no life was lost in the latest attack.

“Yes I can confirm to you that the police facility was attacked today by bandits. No casualty on the part of police, no loss of arms but three vehicles were burnt in the process,” he said.

NAN reports that the attack has brought the number of police facilities destroyed in the state between February and April to five.

They are Obowo, Aboh-Mbaise, Ihite Uboma, Isiala Mbano and Ehime Mbano as well as the police headquarters in the state.

At about 25 minutes, the train slowed down at the uncompleted Omi-Adio terminal, a village on the Abeokuta/Ibadan expressway; it’s a stone throw from Apata in Ibadan. Conveyance of passengers from there and other terminals has not kickstarted as the terminals are still under construction and workers were found there…Police confirm burning down of another division in Imo State

My husband died on Friday, not Saturday, says Okei-Odumakin