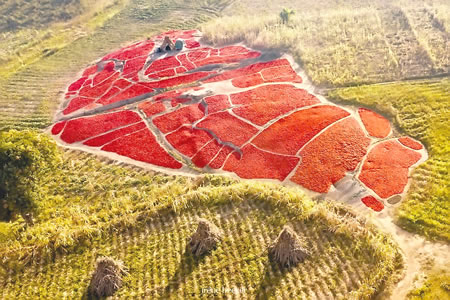 Kufena Hills is located in Zaria Local Government on the Northern part of Kaduna State. It has a rugged terrain with various landforms and has a height of about 825m above sea level.

The hills and its environs have diverse flora and fauna species. Farm lands can be seen at the foot of the rock with animals grazing on and below the hills.

This cultural landscape has great historical importance to the people of Kufena and Zaria, being the area of early settlement as evidenced by the remains of city wall around the hill, as well as some settlement, which remain on the hill.

Kufena Hills was declared a national monument on July, 17 1956. It is one of the four national monuments declared in Kaduna State and is protected under Act of Parliament, Cap 242 of 2000 formerly (Decree 77 of 1979) of the Federal Republic of Nigeria which established the National Commission for Museums and Monuments.

Kufena is composed of metamorphic rocks, which forms the base material at the core of the earth’s major continental masses. The landscape’s diverse eco-system, flora and fauna and various landforms make the hills and its environs outstanding.

Kufena was transformed and shortened from Kophana for easy pronunciation. It is also said to be the name of the ruler and first settler in the area, and was subsequently adopted as the name of the hill.

According to oral traditions, the original Hausa or Habe kingdom was established amidst the original settlers at about the 11th century AD. It was founded by Gunguma. The large inselberg was occupied by settlers both on top of the hill and at the foot and was formerly surrounded by fortified walls (Ganuwan Amina).

During that period, settlers were predominantly pagans until Islam was introduced to the Kingdom around 1456. It appears to have spread slowly, and pagan rituals continued until the Fulani conquest of 1808, according to Arnett (1910).

Kufena hills is believed to possess some spiritual powers and therefore some traditional religious worshipers are seen occasionally offering different kind of prayers, sacrifices and communicating with extra-terrestrial beings.