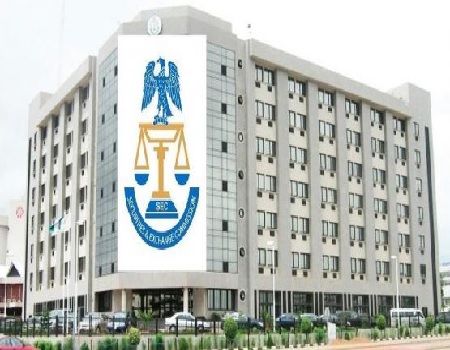 To further deepen the nation’s capital market and enable it to provide development capital for Medium and Small-scale Enterprises of the economy, Nigeria’s Securities and Exchange Commission (SEC), at the weekend, unveiled an exposure draft of its regulatory framework for crowdfunding in the country.

The draft, when approved, proposes conditions under which private companies are permitted, “with the required structure and mechanism in place” to raise capital from the public through a process called Crowdfunding.

It defines Crowdfunding as “the process of raising funds to finance a project or business from the public through an online platform,” which could be a “website, portal, intermediary portal, application, or other similar modules that facilitate interaction between fundraisers and the investing public.”

The funding occurs within a period known as funding round, “within which a specific project, business, or venture is hosted on a crowdfunding platform to raise funds from a large number of people in exchange for shares, debt securities or other investment instruments approved by the commission. The funds may either be pooled from high net worth investors, or a large number of people through an online platform in exchange for any investment instruments approved by the commission, which also be plain vanilla bonds or debentures, and simple contracts.

According to the commission, total fees payable to parties to a crowdfunding issue shall not exceed two per cent of the total funds raised.

The commission noted that the maximum amount which might be raised by a medium enterprise shall not exceed N100 million.

“The limits set forth above shall not apply to MSMEs operating as digital commodities investment platforms or such other MSMEs as may be designated by the commission from time to time,” it said.

For the purpose of calculating the aggregate amount of securities and investment instruments offered and sold by an issuer under this Rule and determining whether an issuer has previously sold securities or investment instruments within a 12-month period, according to the SEC, “the term issuer as used in this Rule, shall include all entities controlled by or under common control with the issuer and any predecessors of the issuer.”

According to the rule, the crowdfunding portal that is located outside Nigeria will be considered as actively targeting Nigerian investors, if the operator or the operator’s representative, promotes directly or indirectly the platform in Nigeria.

It stated that a crowdfunding portal might be registered and operated only by an operator registered with the SEC as a Crowdfunding Intermediary.

“Every crowdfunding portal is required to “appoint a custodian, who shall establish and maintain a separate trust account for each funding round on its platform with a financial institution registered by the commission as a Custodian.

To be hosted on a Crowdfunding Portal, a proposed issuer must submit relevant information including explanations of the key characteristics of the company; the purpose of the listing and the targeted offering amount; and the audited financial statements of the company.

The commission explained that retail investors might not invest more than 10 per cent of their annual income in a calendar year.

It added that crowdfunding portal or crowdfunding intermediary that failed to comply with the rules shall be liable to a fine of not less than N1 million and the sum of N10,000 for every day the violation continues.

COVID-19: Kogi to distribute $1m worth of medical materials, equipment to hospitals