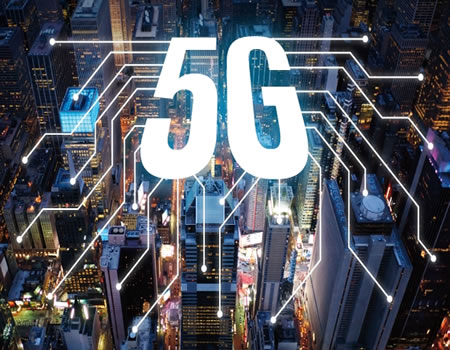 World Environment Day is celebrated on June 5, every year and it is the United Nations’ principal vehicle for encouraging awareness and action for the protection of our environment. First held in 1974, it has been a flagship campaign for raising awareness on emerging environmental issues from marine pollution to human overpopulation, and global warming to sustainable consumption and wildlife crime. World Environment Day has grown to become a global platform for public outreach, with participation from over 143 countries annually. Each year the World Environment Day has a new theme that major corporations, non-governmental organisations, communities, governments and all celebrities worldwide adopt to advocate environmental causes.

The main focus of the World Environment Day, 2020 will be on biodiversity, with the theme: The Mighty Earth. But for me as an environmentalist, a more pressing issue in the public space and of grave environmental impact is the coming of the 5G network and what it means to us and our environment.

In telecommunications, 5G is the fifth generation technology standard for cellular networks, which cellular phone companies began deploying since 2019. It is the planned successor to the 4G networks which provide connectivity to most current cell phones.

The main advantage of the new network is that it will have greater bandwidth, giving faster download speeds, eventually up to 10 gigabits per second (Gbit/s). Due to the increased bandwidth, it is expected that the new networks will not just serve cell phones like existing cellular networks, but also be used as general internet service providers for laptops and desktop computers, competing with existing ISPs such as cable internet. Current 4G cell phones will not be able to use the new networks, which will require new 5G enabled wireless devices.

There are fears that with the new network, effects on the human body may include increased cancer risk, cellular stress, increase in harmful free radicals, genetic damages, structural and functional changes of the reproductive system, learning and memory deficits, neurological disorders and negative impact on general well being in humans

The main environmental issues associated with the implementation of the 5G network come with the manufacturing of the many component parts of the 5G infrastructure. The 5G network will inevitably cause a large increase in energy usage among consumers, which is already one of the main contributors to climate change.