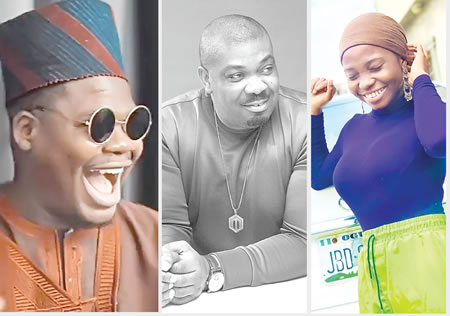 The entertainment industry is undoubtedly one of the worst hit by the Coronavirus pandemic. Despite the restriction of events and public activities, entertainers and entertainment brands have found creative ways to keep Nigerians happy. From YouTube concerts to Instagram live shows, consumers of entertainment content have depended on these innovative acts to stay out of boredom while staying home.

BOXX 45 is a list of the most entertaining personalities and brands during the COVID-19 pandemic lockdown, compiled by talent management agency, BoxxCulture. The selection process relied largely on audience response from a wide-reaching survey.

DJ Neptune, Simi, Blaqbonez, Chike and music producer Kiddominant are also other names that appeared on the list for using social media competitions and challenges as creative tools to promote their music while keeping people entertained.

These names are potentially championing a new normal for entertainment in various forms and we will be looking out for them in the coming months post-COVID. See full list on www.boxxculture.com.