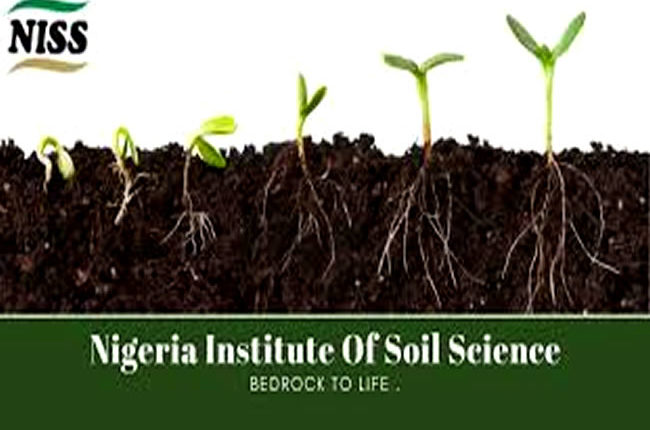 THE Nigeria Institute of Soil Science (NISS) has rolled out its 5 year strategic action plan which is geared towards addressing challenges of soil degradation among others.

The NISS is the Agency saddled with the mandate of regulating the profession of soil science; as well as providing a scientific basis for enhancing and sustaining productivity of soil resources with minimal environmental degradation, especially with regards to food production in the country.

A statement by the Registrar NISS, Professor Victor Chude, noted that the implementation of the action plan is targeted towards “addressing the challenges of soil degradation, protection of the soil, promotion of sustainable soil management, ultimately leading to food and nutrition security in the country.

“The Action Plan which implementation commenced June 2020 to 2025, is categorized into five Thematic Areas (Pillars 1-5) for effective and efficient coordination and monitoring”.

According to the statement, the action plans include “promote sustainable management of soil resources for soil protection, conservation and sustainable productivity.

“Enhance the quantity and quality of soil data and information: data collection (generation), analysis, validation, reporting, monitoring and integration with other disciplines.

“Harmonization of methods, measurements and indicators for the sustainable management and protection of soil resources”.