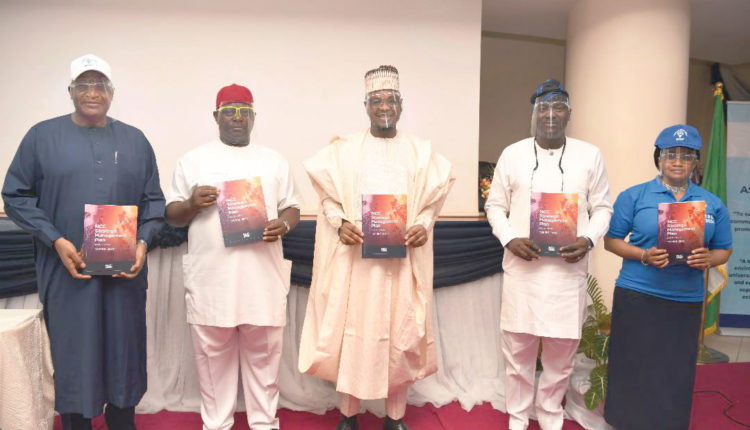 The Minister of Communications and Digital Economy, Dr. Isa Ali Ibrahim Pantami, has explained that the new Strategic Management Plan (SMP) 2020-2024 by the Nigerian Communications Commission (NCC) would be a pedestal to drive the implementation of the Federal Government’s digital economy vision.

The Minister stated this recently during the virtual launch of the NCC’s five-year strategy plan in Abuja, which was attended by some officials from the Federal Ministry of Communications and Digital Economy, the Nigerian Communications Commission, other sister parastatals under the ministry as well as critical stakeholders in the telecoms sector, who joined the launch virtually in compliance with the Federal Government’s directives on social distancing.

According to the Minister, the launch of the SMP demonstrated the commission’s serious improvement in performance matrix and its efforts in accelerating the implementation of the National Digital Economy Policy and Strategy (NDEPS) and the National Broadband Plan (NBP) 2020-2025 of the Federal Government.

“I feel very excited for the fact that there is a serious improvement in the performance of the Nigerian Communications Commission (NCC). The launch of this SMP 2020-2024 is a clear indication of that. When a parastatal is performing, it will create an innovative idea on how to be more successful. When a parastatal is not performing, you will not hear anything on how to implement policies and come up with different strategies and plans,” he said.

Pantami stated that despite the enhanced performance of NCC, there is a need for the commission to redouble its efforts.

Earlier, the Executive Vice Chairman (EVC) of NCC, Professor Umar Danbatta, said the SMP is the fulcrum that will aid the NCC in driving its telecom regulatory mandate in the fast evolving telecoms industry.

He said it will serve as a roadmap for the future of the Nigerian telecoms sector, taking into consideration the current and emerging trends in the industry and the numerous expectations of the diverse stakeholders.

“The Federal Government’s economic diversification plans are focused on a robust digital economy, which will improve employment generation, as well as encourage innovation. This was prime in our minds during the formulation of the SMP.  We have invested great time and effort in ensuring that this document is pragmatic, and I am very confident and excited in its completeness to successfully guide the commission in achieving the set objectives. We are committed to the implementation of this SMP,” the EVC said.

The Chairman, Senate Committee on Communications, Senator Oluremi Tinubu, who was represented by Senator Obinna Agbo, praised the commission for its exemplary performance and averred that the new SMP 2020-2024 would ensure the commission is on course to deliver on the mandate of the Federal Government for a digital economy. Senator Tinubu wished the commission success in implementing the plan.

Speaking in the same vein, Deputy Director, Corporate Planning, Strategy and Risk Management, Ms Helen Obi, said the development of the new SMP for the next five years was initiated with the lapse of the previous one and it would help the commission to effectively harness its internal resources to deliver on expectations of its external stakeholders and the industry as a whole.

“Our primary goal in organising the launch, therefore, is to present the finished work to our esteemed stakeholders and solicit your buy-in and support in ensuring that our shared vision and mission of providing best-in-class regulatory services towards achieving a digitised economy is sustainably accomplished,” she added.

In their goodwill messages to the commission, the Chairman, Association of Licensed Telecom Operators of Nigeria (ALTON), Mr Gbenga Adebayo; President, Association of Telecoms Companies of Nigeria (ATCON), Mr Olusola Teniola and President, National Association of Telecoms Subscribers (NATCOMS), Chief Deolu Ogunbanjo, who joined the launch virtually, congratulated the commission and expressed their view that the SMP 2020-2024 will add the needed impetus to the implementation of national digital economy policy of the government.

Over 700 estimated guests, including representatives of ministries, departments and agencies (MDAs), Chief Executives of telecoms companies, the media, among others, joined the launch online. At the same time, over 2,400 viewers watched the Facebook live video during the SMP launch.