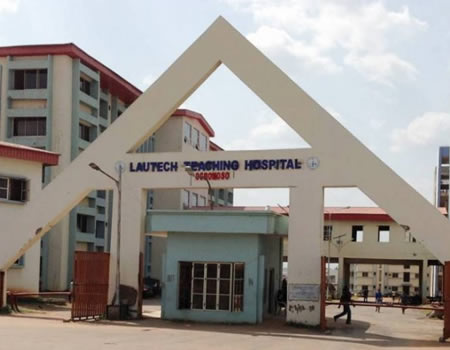 The Association of Resident Doctors (ARD), Ladoke Akintola University Teaching Hospital chapter, has called on its members to embark on a five-day warning strike from Monday, June 29.

This was contained in a statement jointly signed by the NARD President, Dr Abraham Akinbola and the General Secretary, Dr Abubakar Usman.

The statement, made available to newsmen on Sunday in Ibadan, hinged the action on a resolution from a virtual congress of the association.

The News Agency of Nigeria (NAN) recalls that the association had earlier issued a 14-day ultimatum to the state government and its management, which expired on June 25.

“Arising from a virtual emergency general meeting of the association, held on June 25 and attended by more than two-third of our congress members, we deliberated extensively on the 14-day ultimatum issued to Oyo State government, which expired on June 25.

“Our congress resolved to commence a five-day warning strike, beginning from June, 29 till July 4.

“This conclusion we regrettably came to after we had exhausted all avenues for discussion,” it said.

The association observed that despite several pleas to the government, both officially and through many news media, to look into LAUTECH teaching hospital, Ogbomoso’s case, the government had remained adamant.

NAN recalls that the association had demanded the payment of their outstanding two-year half salary arrears, culminating into one-year full salary, from January 2016 to December 2017.

The association had also called for the implementation of the new minimum wage salary, which other workers in the state have been enjoying since January and the payment of corrected CONMESS salary scale.

Others demands were provisions for adequate personal protective equipment (PPE) to fight COVID-19 pandemic, upgrade of hazard allowance for health workers in the hospital and placement of members on group life insurance package.

The association said that with the several pleas issued and the expiration of the ultimatum given to the government, no tangible effort or response had been received from the government. (NAN)

Only qualified teachers will teach in Borno ― Gov. Zulum