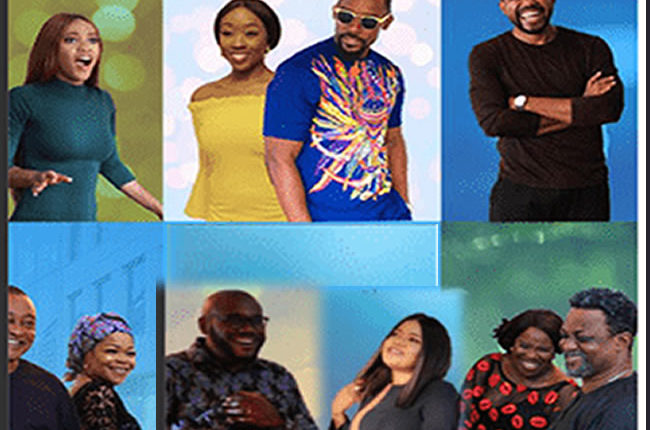 After weeks of postponement due to coronavirus pandemic new movie, Two Weeks In Lagos is set to be released February 12.

The movie which was billed to be released on March 27, 2020 was postponed indefinitely due to the increase in the number of COVID-19 cases.

The movie captures the captivating, turbulent and thrilling journey into the love affair of Ejikeme (Mawuli Gavor) and Lola (Beverly Naya). Their lives crossed when Ejikeme an investment banker came home from the United States to invest in Nigerian businesses. It is love at first sight for them and as they embarked on a journey of discovering love.

They have to contend with the political ambitions of Ejikeme’s mother who is planning a marriage between him and the only daughter of Otunba Ayodeji, a political juggernaut who is considering Ejikeme’s father as his running mate for the Nigerian Presidency. His mother’s actions create a rift between Ejikeme and Lola that puts their families on a deadly collision course.

The movie captures the excitement and vibrancy of everyday life in Lagos and reflects the complexity of life in Lagos, a dynamic city where anything is possible in 2 Weeks.

The movie was first screened at Cannes Festival which happens to be the biggest film festival in the world on Friday the May 19, 2019 in Cannes France and would be released in all cinemas in Nigeria on the February 2020.

Speaking on the new release date, Fasegha expressed joy at the revived cinema culture in Nigeria “We are happy that the movie, “Two Weeks In Lagos” will be released in cinemas on the February 12, 2021. We postponed the film due to the Covid 19 pandemic and also because the health of our viewers is paramount to us. I am very happy that the cinema culture in Nigeria has been.”