The power of strategy 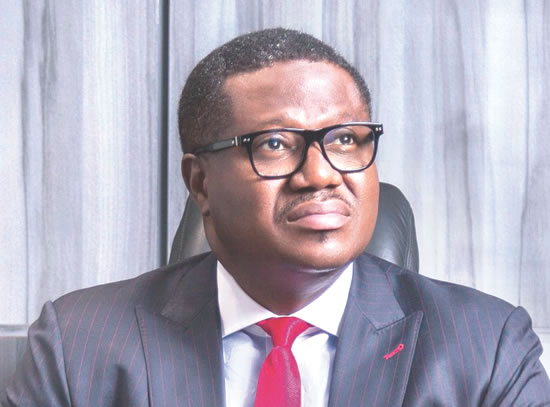 It is absolutely impossible to build a great organization without having great goals. This is because a vision encapsulates the aspiration of the organization; where it wants to be and what it wants to become. Without a compelling vision, a company cannot record unending success.

However, while visions create the future of an organization in the imaginations of all concerned, it is strategy that actually drives the organization to the envisioned future. Strategy is the bridge between a company’s present and its future. Without an appropriate strategy, a company’s envisioned future will at best be a mirage. It is for this reason that Gerry Johnson and Kevan Scholes, in their book, Exploring Corporate Strategy, submit that it is strategy which determines the direction and scope of an organization over the long term.

According to Michael Porter, a Harvard Business School professor, strategy should determine how organizational resources, skills and competencies are combined to create competitive advantage.

That is why many have argued that any corporate failure is traceable to failure of strategy. Those of this school of thought insist that when a company goes down it is because it has employed the wrong strategy; if the strategy is inappropriate, the result will be unsatisfying.

Strategy is a game plan deployed by an organization to achieve its long-term objectives. A strategy is a corporate blueprint for winning and for achieving predetermined goals. The raison d’être of a strategy is winning. When strategies are carefully thought out and painstakingly implemented, success becomes a cinch. But when a strategy is put together haphazardly and implemented half-heartedly, failure will be the end result.

Components of a strategy

These are components of strategy.

The most important component of a strategy is corporate aspiration. That is the starting point. It is only when the aspiration is expressed and shared that a strategy can be put in place for its actualization. Since strategy is about winning, what winning means must be stated unequivocally so that everyone knows what the objective is.

Former General Electric (GE) chairman, Jack Welch, wanted to build an agile and profitable business, so he espoused a corporate objective that all the company’s subsidiaries must be either number one or number two in the industries where they operated. The objective was clear to everyone. There was no hiding place for any manager. It was so clear that even managers could assess themselves. So, when Welch moved to sell off companies that failed to be number one or number two in their industries, the people knew they had been forewarned, though not many of them liked the idea.

SWOT analysis is a breakdown of an organization’s strengths, weaknesses, opportunities and threats. To come up with a good strategy, an organization must have a firm understanding of these.

Strengths – The strengths reveal areas in which the organization has competitive advantage and identifying these will help it to firm up its hold in those areas.

Weaknesses make clear to an organization the areas where it is not as strong as its competitors. Engaging in the analysis helps it to know what it can do to manage the weak points and minimize the damage that can emanate from such areas.

Opportunities – An organization needs to know what the emerging opportunities are in its industry. These are usually found out through observing the trend in the industry and through research into customers’ behaviours.

Threats – These are developments that may negatively affect the fortunes of an organization. These require serious attention because they may lead to a company losing its competitive edge or even being brought to its knees.

When Bigi Cola emerged on the nation’s beverage market a few years ago, neither the Nigerian Bottling Company nor Seven Up Bottling Company, bottlers of Coca Cola and Pepsi respectively, paid the new product any attention because there had been other carbonated beverages that attempted to break into the league of Coke and Pepsi only to fizzle out after a while. So, the management of both companies did not see the drink, bottled by Rites Food Limited, as a threat. But through creative marketing and competitive pricing, Bigi Cola has forced itself into the consciousness of fizzy drink consumers and now poses a serious threat to both Coke and Pepsi’s dominance of the market. Bigi has penetrated into areas which the giants sparsely serviced and has made them its strongholds. It has also surreptitiously sneaked into the major markets. So much is the threat posed by the new drink that both Coke and Pepsi have been forced to revert to packaging their products in glass bottle, after several years of moving into plastic, just to be able to compete with Bigi on prices.

Every organization must always pay attention to emerging threats and take definite steps to mitigate the damage that could be foisted by the treats.

This is where the rubber meets the road, where the real work is. Once the end is determined, the strengths identified, the opportunities recognized and the threats known, the next thing is to outline the specific steps to be taken, deploying the strengths towards the appropriation of the opportunities. This is usually broken down into units’ activities with the time line for the actualization clearly stated. This is important because, according to the Parkinson’s Law, propounded by C. Northcote Parkinson, work expands to fill the time available for its completion. The import of the law is that a task will never get to the concluding stage unless a time is set for its completion. To make the most of the time and get the best out of a task, a deadline must be set for it right from the outset. Failure of which will leave the work to continue almost ad infinitum.

A strategy is only as good or otherwise as its execution. Until it is executed, a strategy is of no benefit. Therefore, it is important that execution must be embedded in the strategic planning and should not be treated as something different from the overall plan. With that, thoughts about implementation are factored into the planning right from the outset.

Strategies fail for a number of reasons. Here are some of them.

Strategies are nothing but plans. However, a plan is not self-driven. So, a strategy is only as good as the people behind it. Thus, while it is important to come up with a good strategy, it is equally important to raise a competent team to drive it.

As observed by Jim Collins in Good to Great, packing a company full of people with the wrong skill sets will kill the company fast for the simple reason that a person cannot give what he lacks. To make a company great, an individual must have the seed of greatness in him or her. A mediocre team cannot produce great results with a great strategy because like will always produce like. A mediocre team will always have a mediocre result.

Then, it is not enough to have a team with the right skills; the people must also be assigned the right tasks. Round peg must be made to fill round hole.

Credible statistics show that between 60 and 90 per cent of organizations never execute their plans. It is odd but true that organizations do deploy quality time and copious resources to fashion out strategic plans which they hope will give them an edge in their industry only to leave undone that which is critical to their effecting a change in their narrative. While many organizations are gung-ho about coming up with plans and policies, they are not as excited with the implementation. This is one of the major reasons for failure experienced by organizations. It is to guard against such that experts now advocate the inclusion of execution in the strategy right from the beginning.

Compliance does not just happen, it is made to happen. That is the premise of the statement by Louis V. Gartner, former IBM CEO, that a leader should not expect what he does not regularly inspect. So, the onus is on the team leader to ensure that he monitors the progress of the strategy. The tendency is for people to slow down and do what is convenient when there is no premium placed on the provision of feedback. To ensure that no room for failure is allowed, the leadership of the organization must put measures in place to assess progress.

One thing about strategy is that it should be dynamic. A strategy is not supposed to last a lifetime. But the thinking among some business leaders is that it is un-strategic to change a winning strategy. So, no matter how obsolete the strategy becomes because it keeps fulfilling the original expectations of the company leaders they do not change it until it becomes too late.

The journey to organizational success takes off with a good strategy.

Buhari should seek inputs from other parties to rescue Nigeria —Gadam, SDP chair

Leaders and power of good decision