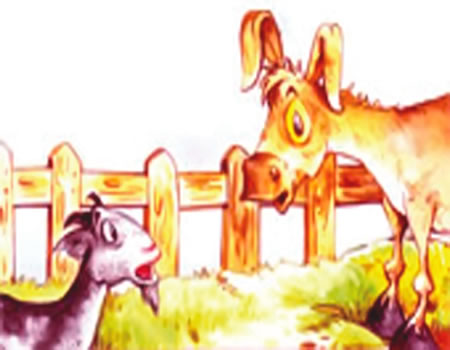 A goat and a donkey lived on the same farm. The goat had to find his own food, but because he made the donkey work hard, the farmer fed him. The goat became jealous, forgetting all the donkey’s hard work. He thought if the donkey stopped working, he would get his food. So he pushed him into a large hole, and he was badly hurt. The farmer sent for the vet, who examined the donkey. “The quickest way to make him better,” he said, “is to feed him with goat soup.” So instead of getting the donkey’s food for himself, the goat finished up as food for the donkey!

MORAL: Don’t be jealous of others because it might lead you to hurt them and at same time hurt yourself.

Proposed school resumption: How do you feel?

New things I have learnt during this lockdown