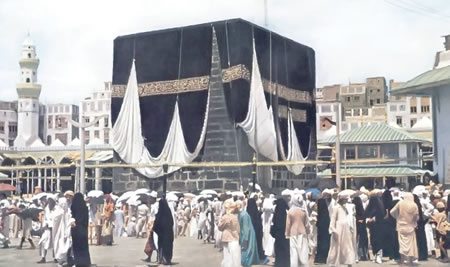 THE Kingdom of Saudi Arabia has been praised for its decision to hold this year’s hajj with only a limited number of pilgrims from various nations who already reside in the Kingdom due to COVID-19 pandemic, the Saudi Press Agency (SPA) said on Thursday.

The Sudanese Ministry of Religious Affairs and Endowment, commended the decision, saying in a statement that it valued Saudi Arabia’s efforts in serving pilgrims.

Also, the Islamic Cultural Association of Cameroon said: “this right procedure comes in line with the purposes of the Islamic Sharia’s provisions to protect human lives and the safety of the pilgrims.”

Malaysia equally welcomed the decision. A joint statement issued by Malaysian Ministries of Foreign Affairs and Islamic Affairs said: “Malaysia fully supports the decision of the Kingdom’s government, which reflects the keenness of the Custodian of the Two Holy Mosques King Salman bin Abdulaziz Al Saud and the Ministry of Hajj and Umrah on ensuring the safety and securely of pilgrims, in line with the requirements of global public health.”

In the same vein, the Grand Mufti of the Republic of Rwanda, and president of the Supreme Council for Islamic Affairs in Rwanda, Sheikh Hatimana, praised the Kingdom of Saudi Arabia’s efforts to serve the two holy mosques and pilgrims.

He noted that Saudi Arabia’s decision to hold Hajj this year with a very limited number of pilgrims due to coronavirus pandemic “is a clear evidence of the leadership’s awareness and concern for the safety of pilgrims.”

In a statement, he said that the decision came to ensure the safety of millions of Muslims and to preserve the human soul, taking into account the necessity of holding the ritual of hajj without harming the lives of the pilgrims.

He stressed that the Supreme Council for Islamic Affairs stands with the Kingdom of Saudi Arabia.

Similarly, the Yemeni Minister of Endowments and Guidance, Dr Ahmed Atiyyah, said: “This decision stems from the government of Saudi Arabia’s keenness to preserve the safety of pilgrims from coronavirus pandemic, which has caused the death of around half a million people.”

He said that the Yemeni Ministry of Endowments “supports this step taken by the Kingdom of Saudi Arabia, as it reflects its keenness to serve pilgrims and ensure their safety.”

The Yemeni minister also said that throughout the history since the era of late King Abdulaziz Al Saud to this day, the Kingdom of Saudi Arabia “provides great services to serve pilgrims, adding that holding hajj with a limited number is clear evidence of the great care of the Kingdom of Saudi Arabia and this step is in line with the Islamic law, which urges the preservation and protection of the soul from risks and diseases.”

Also, Minister for the Environment and Water Resources and Minister-in-charge of Muslim Affairs in Singapore, Masagos Zulkifli, expressed Singapore’s strong support for the kingdom’s wise decision to hold this year’s Hajj with limited numbers, “which reflects Islamic teachings in emphasising human health and safety.”