Achievers
By Laolu Harolds with Agency Reports On Sep 26, 2020 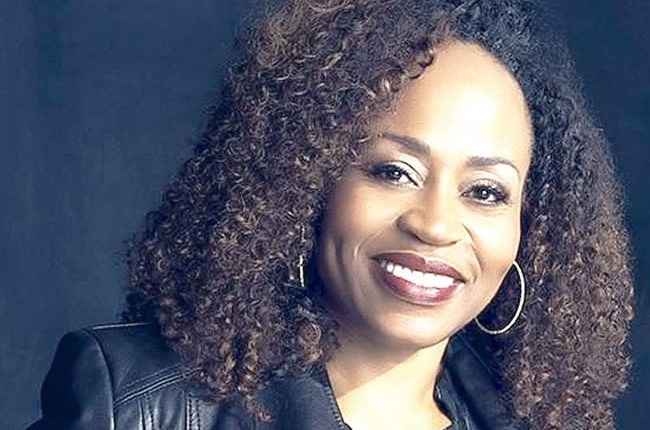 It was another week of honour for Nigeria, as longtime TV executive, Pearlena Igbokwe, was announced the head of NBCUniversal’s global television studio in the latest shake-up at the organisation.

Ms Igbokwe thus becomes one of the most senior black women in the entertainment business, NBCUniversal said Wednesday September 23.

“She has a long track record of success and is the ideal person to take the helm of the studio group,” said Bonnie Hammer, her immediate predecessor in office who will become a corporate advisor reporting to Shell.

“Our television studios are key growth engines for the company, and Pearlena is ideally suited to lead them,” Shell said in a statement. “She has extraordinary taste and is well-respected within NBC.”

Ms Igbokwe is also the vice president of the Hollywood Radio and TV Society board and a member of the Television Academy Executive Committee. Since 2016 she had been president of Universal Television, where she oversaw all aspects of the studio business and helped shepherd such popular TV shows as ‘Russian Doll’, ‘The Good Place’ and ‘Brooklyn Nine-Nine’.

Born in Lagos, Nigeria, in the 1960s, Igbokwe lived with her family in a village that was affected by bomber planes while they depended on airlifted food during the Civil War. She moved to the United States at the age of six. She earned a Bachelor of Arts degree from Yale University and an MBA from Columbia University.

From June 2016 and until her new appointment, Igbokwe was president of Universal Television where she oversaw creative development, casting and production for one of the country’s largest and most successful studios. She led the division to new heights with record volume, commercial success and critical acclaim.

Some of her programming highlights include Russian Doll, The Good Place, New Amsterdam, The Bold Type, Good Girls, and Dick Wolf’s successful new franchise, FBI and FBI: Most Wanted, among numerous other notable projects. In a highly competitive landscape, Igbokwe was able to secure pickups for her projects on every major streaming service, a variety of premium cable outlets and every broadcast network.

Before her studio role, Igbokwe served as Executive Vice President, Drama Programming, for NBC Entertainment, where she developed the top-rated new broadcast dramas for three out of her four years in the role (Blacklist, Blindspot and This Is Us).

She worked at Showtime for 20 years where she was involved in developing the pilot and overseeing the first five seasons of Dexter, Showtime’s most popular series ever. She also developed the pilot for Masters of Sex, starring Michael Sheen, and supervised the Emmy Award-winning and critically acclaimed original series Nurse Jackie.

In addition, she shepherded Tracey Ullman’s State of the Union, Damon Wayans’ The Underground, Kirstie Alley’s Fat Actress and the television adaptation of the hit feature film Barbershop. She was also instrumental in the five-season run of the hit Showtime series Soul Food, a two-time NAACP Image Award winner for Best Drama Series.

DO NOT MISS THESE HEADLINES FROM NIGERIAN TRIBUNE

The Nigerian-Americans who won in US 2020 election

How I made First Class in law school against all odds

Sometimes, I broke down to the point of tears —Paul-Okpara, San Jose Varsity’s…