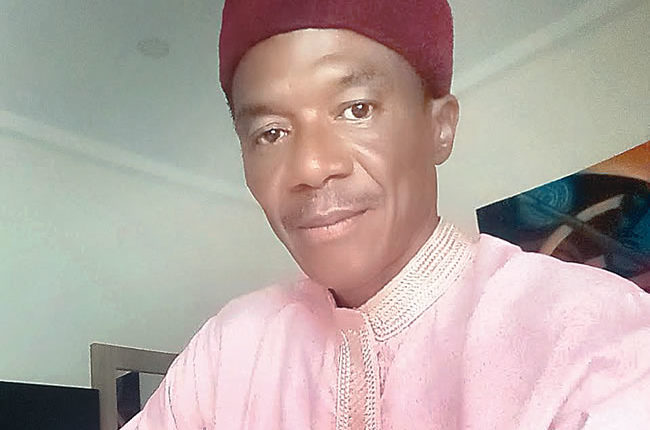 The spokesman of the Coalition of Northern Groups (CNG), Abdul-Azeez Suleiman, speaks to Northern Bureau Chief, MUHAMMAD SABIU, on the state of the nation, the perceived division in the country and other nagging national issues.

Former President Olusegun Obasanjo said recently that the country is drifting towards a failed state and is badly divided under President Buhammadu Buhari. Do you share his view?

We don’t actually share Obasanjo’s view on that. Nigeria’s drift to failure began a long time ago. And the drift is a direct result of the misrule by successive military administrations and the domination of military influence in our polity. Since the events of the 60’s, the military has remained a recurring decimal in Nigeria’s power arrangement. They are either holding power by themselves or exercising power by proxy. And Obasanjo has been a prominent part of that military strangulation. He cannot, therefore, discharge himself of the nation’s gradual backward slide.

Typically, Obasanjo is criticising this government the way he did other governments that preceded it. I don’t think Obasanjo or any of his comrades at arms, including President Muhammadu Buhari, has the moral competence to lament the structural decay in the country.  It is as well funny that Obasanjo should be the one talking about divisions or fragmentations. He ironically was the one who deliberately caused and deepened the rift among northern communities by encouraging and promoting the Middle Belt syndrome.

Ideally, Obasanjo and his fellow military generals who have, by crook or design, in one way or the other, monopolised the total available activity in the country since the 60’s should realise that the game is up. It is time for them to vacate the scene.

Some Northern elders were said to be in attendance at a recent summit convened by the former president. What is your take on that?

We personally do not see the wisdom in the northern elders attending the summit convened by Obasanjo recently and I am not surprised that they ended up ridiculed. The northern elders should reclaim their statesmanship by dissociating from Obasanjo’s tricks and concentrate on the more important task of pushing for a more secure and economically viable northern Nigeria.

The elders might have honoured Obasanjo’s invitation in good faith. Perhaps they were desperate for a solution to the current fundamental problems in the country. But they ought to have known by now that the man, very much material to the national crises, cannot be relied upon to be part of the search for genuine solutions.

What do you think the Federal Government should do to turn around the fortune of the country?

The Federal Government, in its current setup, cannot be relied upon to make any meaningful change. The operators of government have clearly lost the courage and the necessary confidence to solve the mounting national problems. Only Nigerians themselves can change the situation by first ensuring a major paradigm shift and uprooting the entrenched pillars of fascism from the polity. What is required is a complete shift to a new political order.

A former Chief of Army Staff, General Akinrinade, equally said that if things were allowed to continue the way they are presently going in the country, there might be no Nigeria by 2023?

Without the need for issuing threats of a civil war at the slightest of pretexts like General Akinrinade and his ilk often do, we all agree that it seems Nigeria must look for an alternative constitutional arrangement in order to satisfy its requirements of inclusive governance and provide an agreeable framework to all its constituent parts to live together in harmony.

For instance, routine or mundane issues such as screening and clearing of the executive’s nominees by the legislature, passage of national budgets, review of the constitution and a host of other governance issues shouldn’t become contentious and needlessly protracted owing to differences between the two arms of government.

The constitutional requirements of a country are never determined solely by its political needs. Therefore, history must be thrown into the equation and previous forms of government of the people, and their idiosyncrasies and prejudices, their fears and hopes and their future aspirations, should all be taken into account more than giving preponderance to political theories and forms of government.

When people like General Akinrinade tend to portray the North as being afraid of restructuring, we feel we should not give them more reasons to feel important. The North, for the avoidance of doubt, has nothing to fear from any restructuring process, provided we are involved not as a problem but as partners who have a stake in a Nigeria that works for all of us.

The North has many issues with the operations of the Nigerian state, but we do not routinely insult and blame elites from other regions for them. On the contrary, we welcome an opportunity to engage all parts of Nigeria in honest and open-ended discussions on constitutional reforms, the operations of our federal structure and national economy, and all issues which represent major sources of grievance.

What the North should do simply, is when people count political appointees and reach conclusions over marginalisation from there, from there, we should also count. We should see the Federal Character in the absence of a single bank owned by a northerner; in the dangerous de-industrialisation of the North and in the allocation of electric power to various parts of the north.

It is important that we also open up budgets and analyse how much money is allocated to projects in the South and the North; how much is spent on salaries and allowances by the Federal Government whose employees from southern states are in a vast majority. We will demand our fair share of all positions of government and see the Federal Character not just in the manner senior positions in government are filled but by allocations to agriculture, water resources and solid minerals.

The three-month ultimatum you gave the Federal Government to address the country’s security situation has expired. Are you satisfied with the way things are now security-wise?

It is true that the three months monitoring period had lapsed and we have come up with specific observations while generally taking cognizance of some positive developments in some states since the Minna and Katsina marches organised by the CNG.

For instance, we acknowledge that the reinforcement of forces has drastically reduced the regularity of wanton killings and complete destruction of entire villages around Katsina State with the exception of intermittent attacks and abductions in remote, far flung communities from cities and local government headquarters that still persist. To some extent also, the frequency of attacks in major areas of Sokoto State too has similarly reduced considerably in the last three months.

Kaduna State communities of Giwa, Birnin Gwari and Igabi continue to face threats of banditry, kidnapping, rustling of livestock and complete sack of villages so that in Giwa alone, it is feared that more than 17 housewives and girls are presently in captivity, in addition to hundreds killed and thousands displaced.

In the Southern part of Kaduna, CNG had to embark on a peace mission to set an ongoing process in motion to halt the venting of pent-up tribal and other communal jealousies that had assumed ferocious regularity over the period under review.

In the last three months, communities in Niger and Nasarawa states have witnessed an escalation of attacks by bandits, armed robbers and kidnappers, in addition to the scare of an emerging insurgency-related threat.

Despite repeated claims by government that federal troops have decimated the capacity of the armed insurgents in the Northeast, the group has continued to show the capacity to launch attacks and overrun military formations, seize equipment and vandalize local communities.

Whereas the security situation in Zamfara State has considerably improved in the last one year, it is disturbing that unfolding scenarios have endangered those gains and peace is again eluding the state with disastrous consequences on communities and individuals.

The situation in Zamfara is becoming worse literally by the day, as bandits and internal collaborators appear to sense a huge vacuum in the political will and capacity in high places of authority which they exploit to undermine security efforts which we have resolved to resist.

What, in your opinion, is really the problem of the country?

The problem with Nigeria is basically of failure of leadership. What we have had since after the first republic are successive sets of leadership contrived on the back of gratuitous insults to justice and fairness wrapped in a crude cover of crass military or political opportunism and ineptitude.

We believe, therefore, that it will be futile to expect such administrations, particularly the current one which has inadvertently acquired the reputation of being the worst in the history of our nation in terms of any capacity to generate confidence in achieving credible national goals to set the mechanism for addressing the fundamentals of our national existence.

We are aware that a few politicians have made an entire career out of making loud noises for the restructuring of the country anytime it suits them; in the process, they derive pleasure in demonising and insulting the North.

The clamorous call for restructuring  from these people seems only to be centered around a return to a previous constitutional framework that seems to be ideal for the country’s needs and conditions in the 1960s, but likely not for 2020 and beyond.

I want to be remembered for a good name, not wealth —Sir Kesington Adebutu